As the pandemic and the restrictions around it are starting to ease, video conferencing apps are slowly starting to become irrelevant again. To continue gaining new users, which hasn’t been happening for a lot of video conferencing apps as offices and schools go back to in-person scheduling, Zoom has been churning out new features constantly, including in-app game support and AR effects.

Today, the San Jose, California-based company announced that it is adding avatars to its platform. Basically, it’s like Apple’s memoji, but instead of the AR effect being limited to your face, Zoom avatars give you new clothing as well. The feature is currently limited to 22 variations of cat, dog, cow, fox, and rabbit avatars with different coloured clothing (more avatars to come later), and works only with Zoom version 5.10.0 or higher on iOS, Mac and Windows.

According to Zoom, the addition of avatars will lighten the mood of your meetings and webinars ‘inject fun’ into them. “They also provide a good middle ground for users who don’t want to appear on camera, but still want to express body language and facial expressions,” reads Zoom’s blog post about the feature.

To enable the feature for your next Zoom meeting, make sure you’re running the latest version of the application and click on the ^ button next to the Start / Stop Video button, as seen in the screenshot below, and head to “Choose Virtual Background.” Navigate to “Avatars,” and select which animal you want to be seen as. 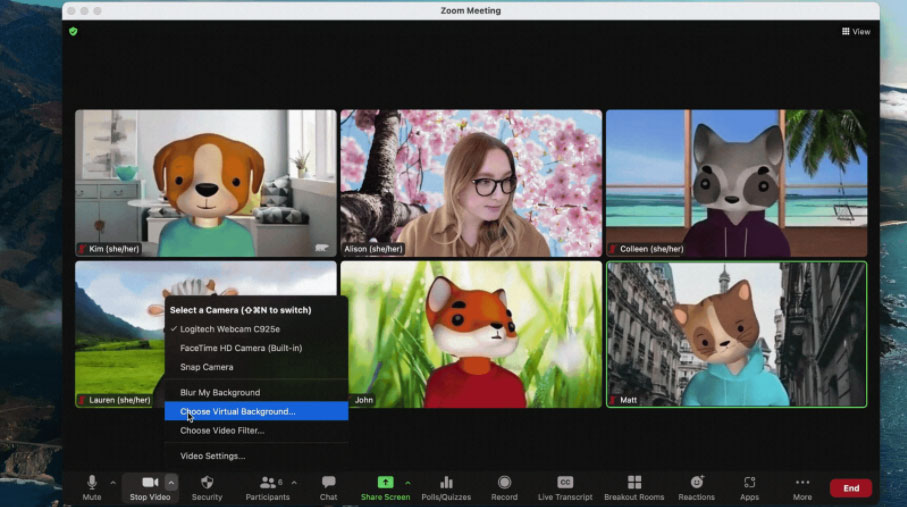 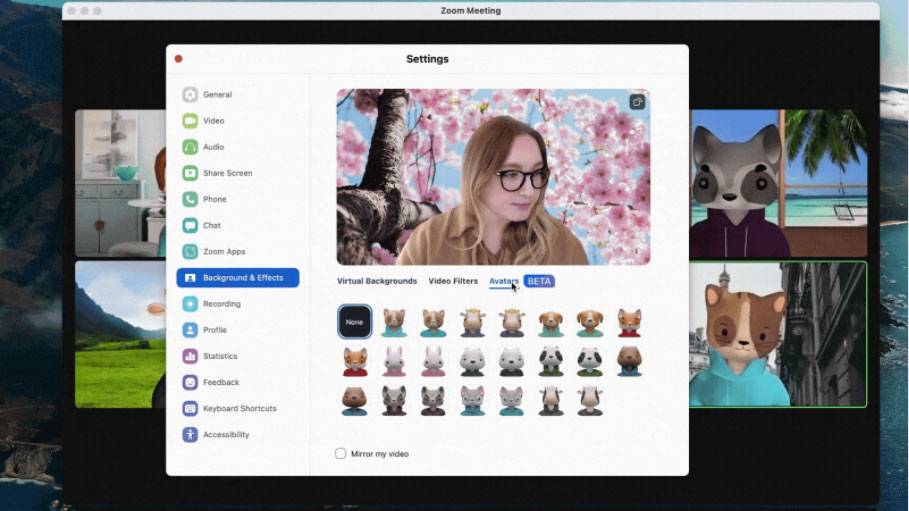 It’s worth noting that you can’t use video filters with Avatars, though virtual backgrounds work perfectly. Learn more about the new feature here.