We have a battle royale version of Wordle now


What happens when a recent craze meets a long-time craze?

The head-turning crossword-like word guessing game Wordle now has a battle royale version. But instead of eliminating others with guns and grenades, you use your wit and agility.

First spotted by Polygon, the new game is called Squabble, and it pairs you up with multiple other players online. The game remains the same, you get six guesses to guess a five-letter word. You only get 100 seconds to guess the word, and each wrong alphabet results in less time remaining, whereas every correct alphabet results in an increase in the time left. You either win by guessing the right answer or you run out of guesses or time. 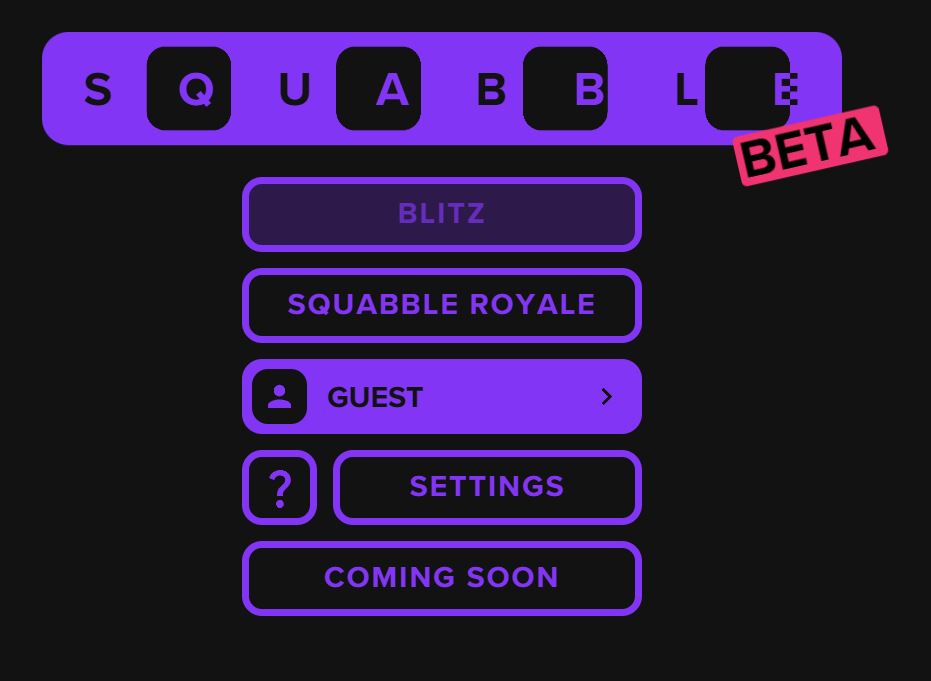 There are two game modes; Blitz and Squabble Royale, with the former one containing two to five players, and the latter with six to 99 players.

In true battle royale fashion, the game concludes only when one player is left, so even if you guessed the answer to the first puzzle, you might need to continue the winning streak until other players have been eliminated.

To top it off, the game allows you to make a lobby and invite your friends so that you all get frustrated simultaneously.

Apple has several refurbished iPhones, iPads and Macs in stock