According to the details listed on Telus’ website, the carrier’s three primary plans cap speeds at 250 megabits per second (Mbps) or 1 gigabit per second (Gbps). These speed caps differ from the reduced speed Telus applies to customers who go over their data limits.

The carriers plans, at the time of writing, remained unchanged:

These speed caps apply to customers’ data buckets — once you go over that allotment, Telus will still throttle speeds to a maximum of up to 512Kbps as before. 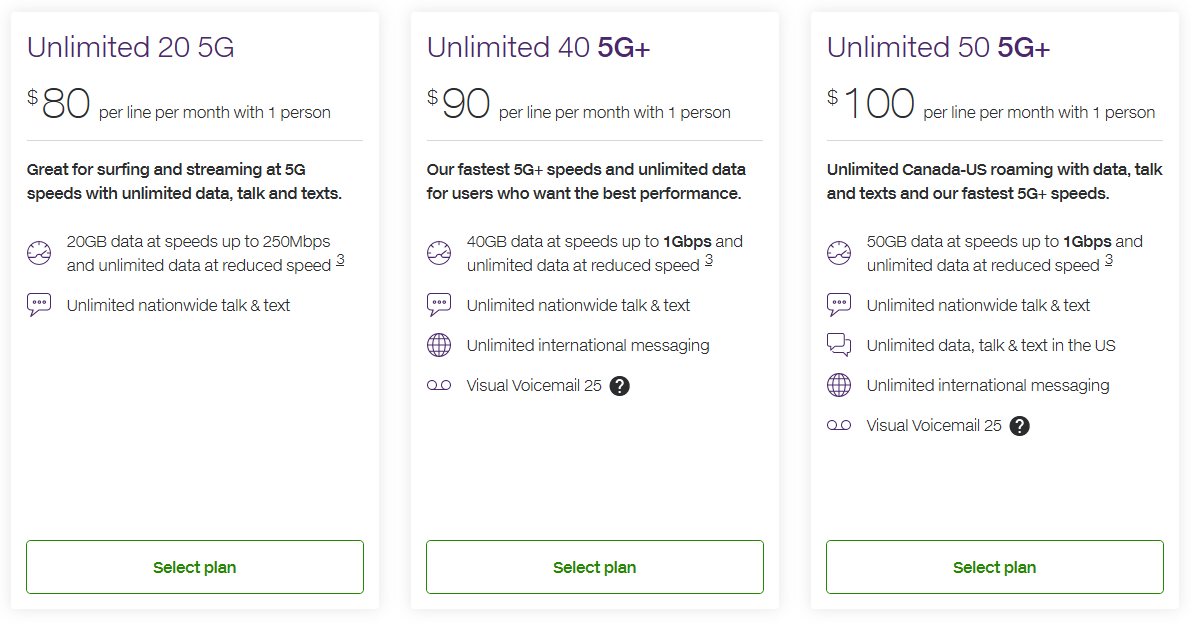 Considering Canada’s ‘Big Three’ carriers tend to copy each other, Telus’ addition of speed caps is rather concerning. That said, it’s worth noting that as of publication, Rogers and Bell still only applied the 512Kbps speed cap to data beyond the plan’s bucket. Moreover, it’s frustrating to see yet another restriction applied to what are already some of the most expensive mobile plans in the world.

There are ways carriers could add speed caps that might be good. For example, a system similar to home internet where customers pay based on speed but have unlimited usage could appeal to some users. Alternatively, offering speed-capped plans with a discount may also be an option. But applying speed caps to already-limited (and incredibly expensive) data buckets isn’t acceptable.

Not to mention that 5G in Canada remains sub-par. Since I switched to 5G, I haven’t seen mobile speeds exceed about 150Mbps on my phone — on my old LTE plan, I frequently saw speeds as high as 300Mbps.

Update 02/17/2022 at 9:57am ET: It’s worth noting that Telus also has speed caps for its prepaid plans. Those plans have data “at 4G speed,” but the fine print on Telus’ website notes that those plans “may reach download speeds up to 100 Mbps.”

Lanebreak, Peloton's foray into gaming, is basic but a nice change of pace