As expected, Spotify is in the top slot with a 31 percent market share. Apple Music sits in second with 15 percent, and Amazon Music is at 13 percent. YouTube Music is at eight percent, and Deezer holds onto just two percent of the market.

It’s worth noting that this data represents the streaming market in the middle of 2021. It also utilizes data from 2019 and 2020 for Apple and Amazon since the streaming services don’t share subscriber counts as often as Spotify.

These are still likely as accurate as the numbers are going to get for the time being since Apple and other services don’t share subscriber info often. 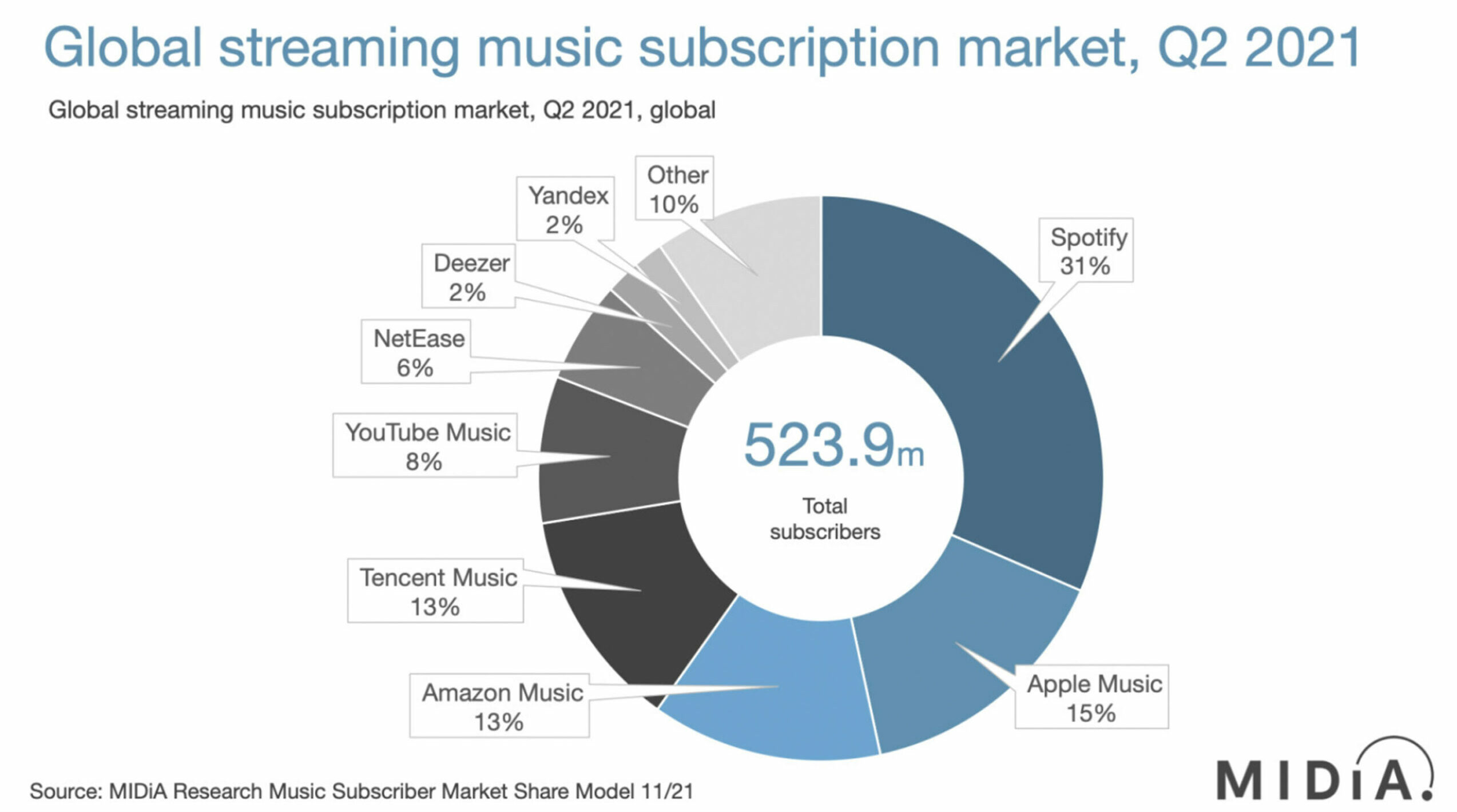 Notably, the data claims that YouTube Music has grown 50 percent over the last year. The Google-owned service is still at the bottom of the pile of the big players, but the fast growth lines up with what I’ve anecdotally seen in the real world. Since YouTube Music offers people a wider pool of tracks to pick from, I’ve several of my friends have subscribed to the service this year.

However, in 2021 we also saw Amazon and Apple Music both expand their offerings with more Dolby Atmos-equipped music and lossless quality for no extra cost. These are two very appealing technology improvements aimed at audiophiles.

While Spotify still holds the lead, it lost two percent of its market share since 2020. This is unlikely to make a massive difference in the grand scheme of things, but it definitely showcases that Spotify might have some real competition in a few years.

For more on music streaming services, check out my comprehensive breakdown of each platforms’ strengths and weaknesses.

Source: Mida Research Via: The Verge