We’ve seen Galaxy Tab S8 Ultra renders in the past, but none come close to the image Samsung mistakenly leaked on its Bixby support page that shows the tab sporting a notch. 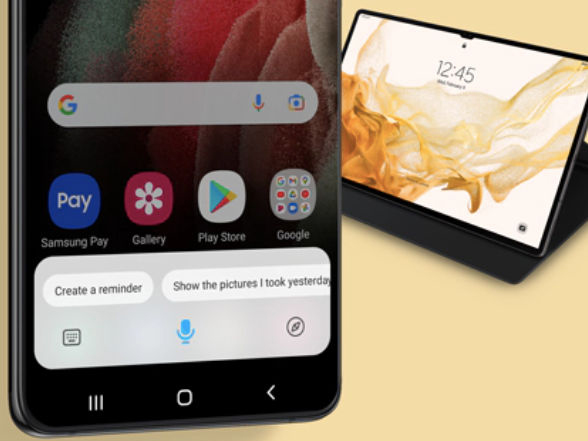 The leaked image, first spotted by 91mobiles, shows what seems to be an S21 Ultra using Bixby voice assistant, and in the background sits the large Tab S8 Ultra.

While Samsung has since removed the image from its Bixby support page, according to 9to5Google, the photo is still present in the web page’s source code. It’s worth noting that this is the same company that criticized the notch four months ago — I guess it all comes back full circle.

It’s unknown when Samsung will officially reveal the Galaxy Tab S8 series, but it’ll most likely be shown off alongside the company’s Galaxy S22 series, which is rumoured to be unveiled at the company’s ‘Unpacked’ event on February 8th.

Halo Infinite is back online [Update]