Now, according to Russia’s communication and mass media state regulator Roskomnadzor, Instagram will soon suffer the same fate in the country, quoting a temporary change in the platform’s hate speech policy that allows people from Armenia, Azerbaijan, Estonia, Georgia, Hungary, Latvia, Lithuania, Poland, Romania, Russia, Slovakia and Ukraine to publish posts that call for violence against Russian troops along with the Russian and Belarusian presidents.

Russia will implement a ban on Instagram on March 14th, according to a Telegram message from Roskomnadzor, as seen below: 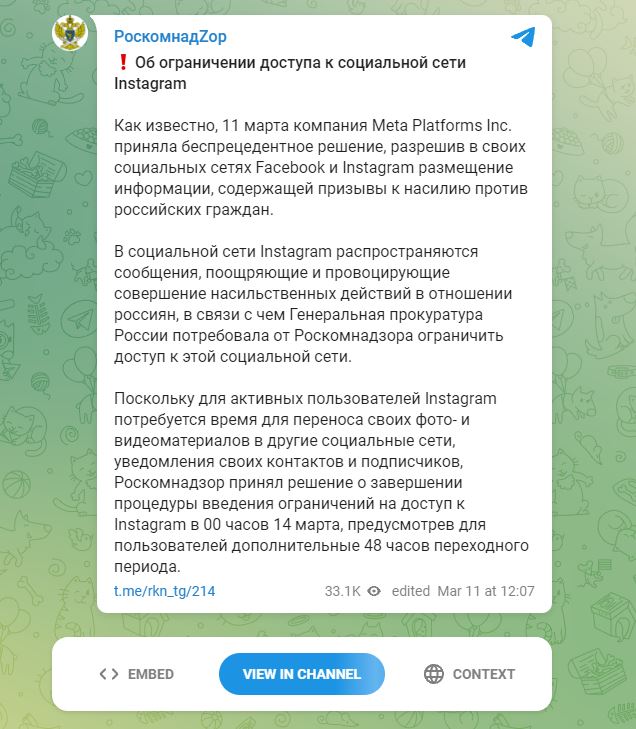 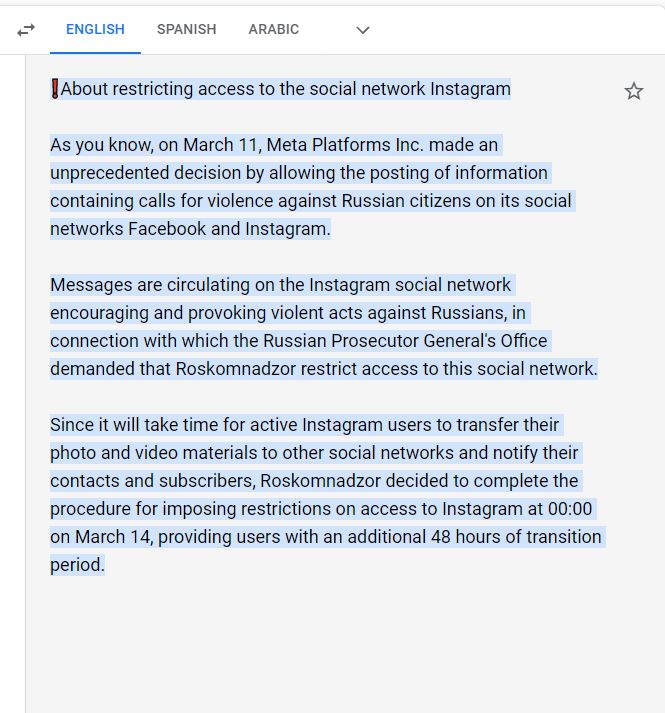 Roskomnadzor says that the nation hasn’t banned Instagram right yet, and users have been given 48 hours to retrieve their photos and videos from the platform. After 12am Russian time on March 14th however, the platform will be inaccessible.

Meta hasn’t released an official statement regarding the upcoming ban of its photo-sharing service yet. Meta-owned WhatsApp is still expected to work in the country.

Source: Telegram Via: The Verge