Back in January, Intel unveiled its newest 12th Gen chips for laptops and desktops at CES. The company put a lot of emphasis on its new Core i9-12900HK, boldly proclaiming it to be the “fastest mobile processor ever created.”

Well, I’ve spent the last two weeks testing a Core i9-12900HK, courtesy of Intel, which loaned me an MSI Raider GE76 gaming laptop so I could give it a try. My early impressions so far are that it’s fast. Combined with the Nvidia GeForce RTX 3080 Ti laptop GPU in the Raider GE76, the i9 absolutely crushed the games I threw at it.

That said, I’m still not entirely convinced the 12900HK is the right way to go. My experience with gaming laptops continues to be negative. Plus, if Intel’s 12th Gen desktop CPUs are as impressive as the laptop chips, they may be a better option for most.

Finally, while I will take some time at the end to talk about my experience with the MSI Raider GE76, this isn’t a review of the laptop. The focus is on the 12900HK and its performance, which will (eventually) be available in various devices. 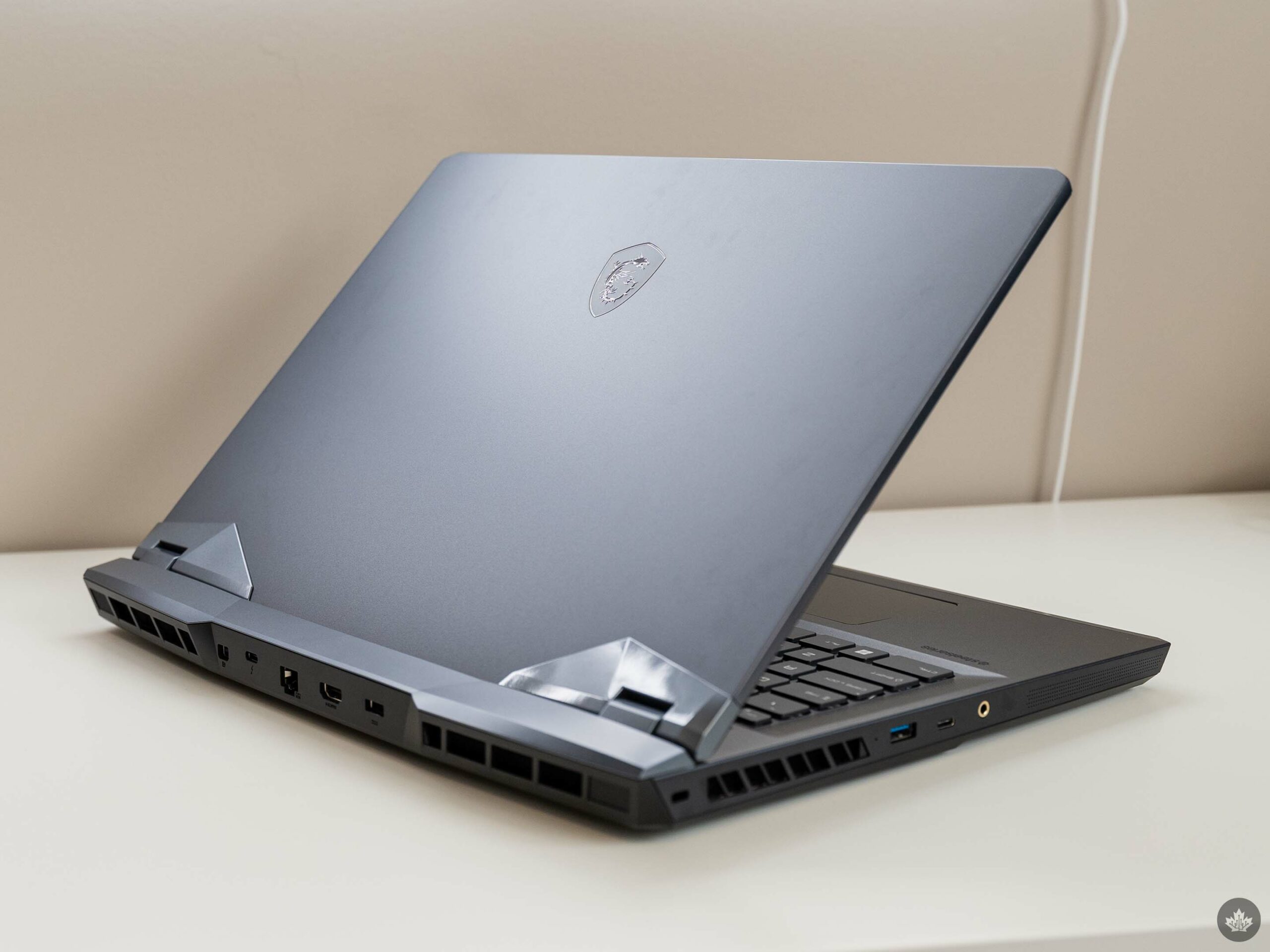 I ran the MSI Raider GE76 through the typical gamut of benchmarks I use when testing laptops for MobileSyrup, as well as through several gaming benchmarks. Additionally, I spent some time playing some games (I stuck to titles I typically play on my desktop PC for this, which includes Halo Infinite and Destiny 2).

Before I go any further, I’ll quickly list the specs of the main two devices I’ll compare throughout the rest of this piece:

And before you say it, yes, I know this isn’t a great comparison. I’d love to compare it with 12th Gen, 11th Gen and 10th Gen chips all on identical machines with 3080Ti GPUs. Unfortunately, I don’t have any 3080Tis and given how difficult (and expensive) it can be to get one right now. That said, there’s still some value in this comparison, particularly in CPU-focused tests that more directly pit the i9-12900HK and i9-10900K against each other. Also, I ran benchmarks on my desktop at 1080p to match the MSI laptop and reduce any performance impact from operating at a higher resolution.

You can check out a full spec list for the MSI Raider GE76 here. 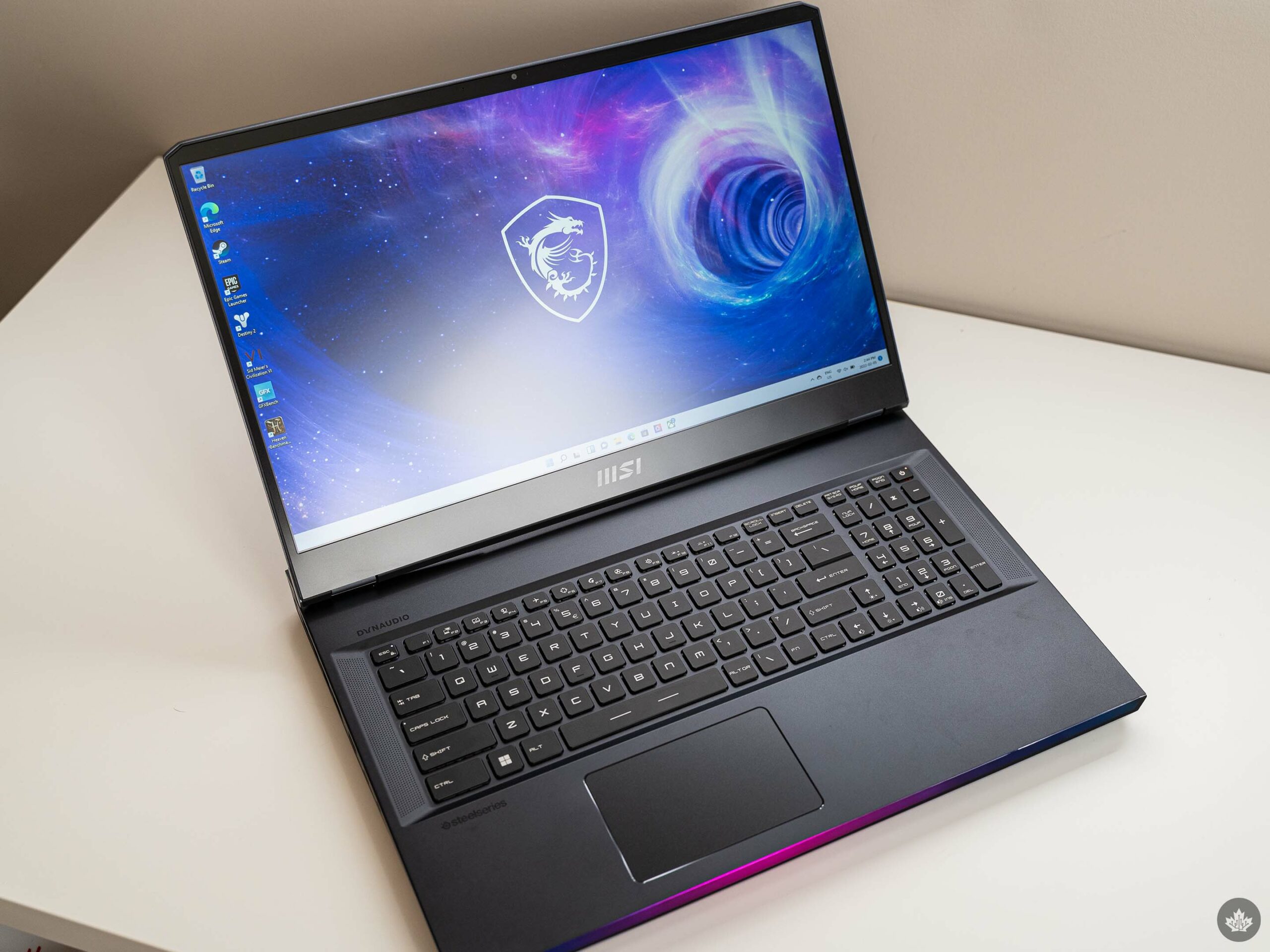 I’ll start with a brief overview of my experience gaming on the MSI Raider GE76 before digging into benchmarks. While benchmarks can be helpful in comparing the performance of one device to another, they seldom tell the whole story. Real-world use is often more important and, I must say, I was thoroughly impressed with the MSI Raider’s performance most of the time.

For example, I spent most of my time playing Destiny 2 and Halo Infinite, which are really the only games I play on a regular basis with my gaming PC. I didn’t notice any significant difference playing Destiny 2 on the GE76 beyond that the 3080Ti allowed me to run ‘high’ visual quality settings while still achieving framerates reliably at or above 120fps. As an aside, the GE76 has a 1080p display with up to a 360Hz refresh rate.

However, I use a 1440p screen with a 144Hz refresh rate on my desktop and usually play Destiny 2 at medium settings to maintain 100-120fps (when I tested it at 1080p, it performed similarly to the Raider, but the laptop had more consistent FPS). In short, I’d say playing at the higher resolution largely mitigated and quality differences between medium and high settings, at least to my eyes. 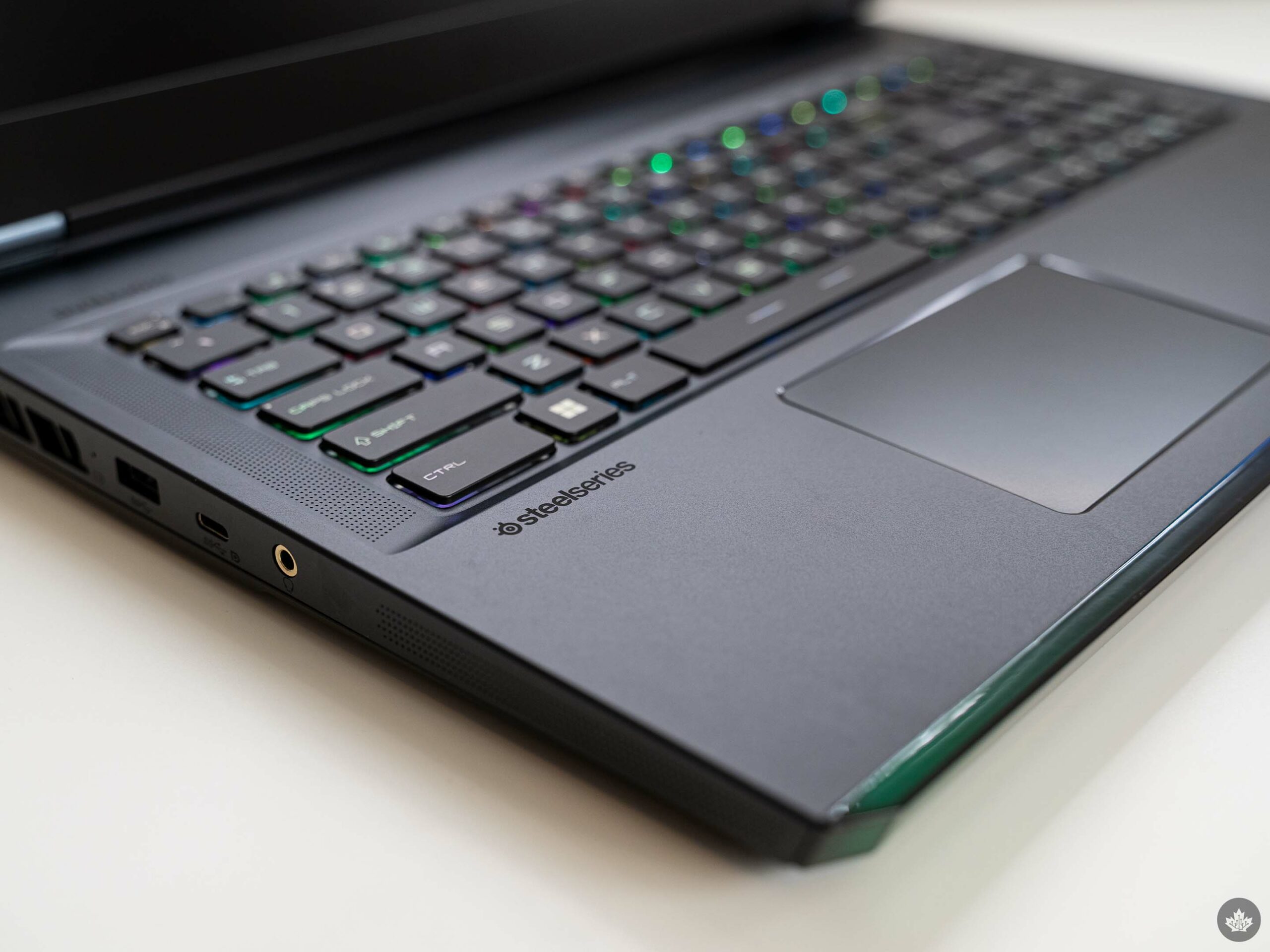 Halo Infinite, on the other hand, performed significantly better on the MSI Raider GE76 compared to my desktop. My desktop manages a meagre 80-90fps at 1440p with low settings, while scaling down to 1080p gave a consistent 15-20fps bump. The Raider GE76, however, clocked a consistent 100fps in Infinite at high settings. I’d mostly attribute that to the 3080Ti over the 12900HK, however (and more on why that is below).

While overall impressive, the MSI Raider GE76 was far from perfect. Navigating around Windows was surprisingly choppy despite the solid gaming performance. The Raider also ships with a significant amount of bloatware (a problem with most Windows PCs). I didn’t take the time to clean up the bloat (and also wanted to keep things as close to “out-of-the-box” as possible) but it will likely provide a small bump to performance. On that note, I did eventually have to disable a setting that allowed the laptop to utilize both the 3080Ti and Intel integrated Xe graphics for different tasks since some games were unable to detect the 3080Ti with the setting active.

Benchmarks show impressive speed until you use it as a laptop 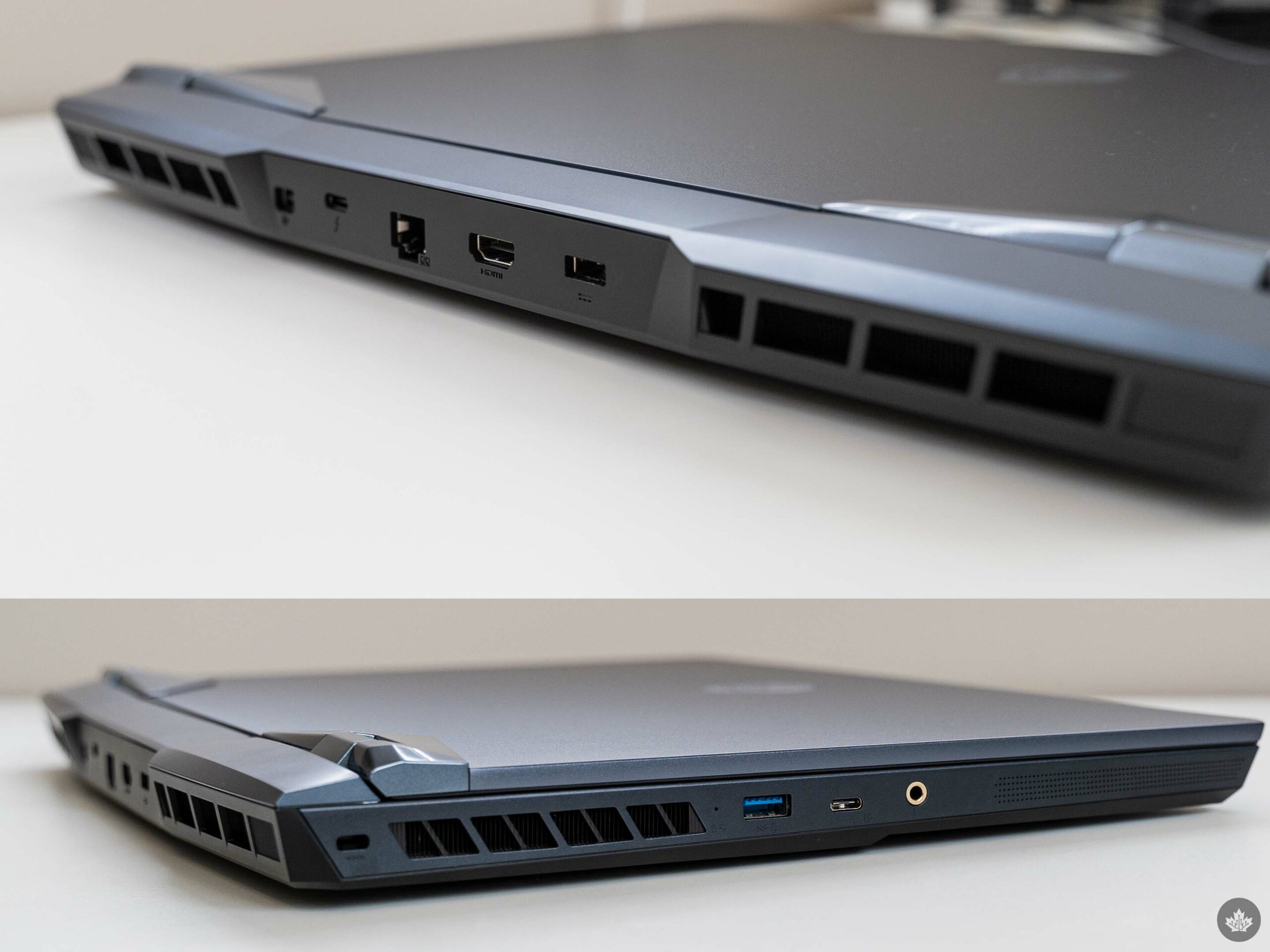 With all that said, let’s dig into the benchmarks. I ran our standard gamut of tests, which include CPU-focused tests like GeekBench, Cinebench, and Blender, GPU tests like Heaven and GFXBench, and several games with a mix of CPU-heavy and GPU-heavy tests.

I tested the Raider GE76 both set to “best performance” mode while plugged in and at default settings while unplugged. While plugged in, the laptop consistently beat my desktop in scores, but the performance was all over the place when unplugged. For some better perspective, testing the unplugged Raider GE76 drained the battery from 94 percent at the start of the test to 48 percent after the CPU and GPU benchmarks. After running the gaming tests, the battery dropped another 20 percent.

On the one hand, that roughly 50 percent battery drop was consistent with other, less powerful laptops I’ve tested. On the other, it’s disappointing to see how hard performance, especially regarding the GPU, drops off when running on battery. That result is one of the main reasons I remain skeptical with gaming laptops — the main benefit of a laptop is portability, but gaming laptops always struggle when too far away from an outlet. Not to mention that lugging around this massive, heavy laptop and power brick would do a number on my spine. Of course, you can also keep it plugged in at your desk all the time, but then, why not just get a desktop instead?

Anyway, let’s look at the benchmarks:

Starting with a GeekBench test of the CPU, the GE76’s 12900HK performs surprisingly well, even on battery. While the multi-core score takes a hit when unplugged, the single-core saw marginally better performance.

That the GE76 on battery slightly outperforms my desktop is telling, given my desktop definitely draws more power by comparison. At the same time, Apple’s MacBook Pro (2021) with an M1 Pro chip was close behind while likely using a fraction of the power.

Next, we have the Blender benchmark running the bmw27 test. This scores hardware based on time-to-complete, with lower times being better. My desktop and the GE76 took the same amount of time to complete this test.

Running on battery increased the GE76’s completion time by about 50 seconds.

Looking at Cinebench, where higher scores are once again better, the 12900HK impresses again with the top score but falls off a little harder when running on battery. Again, the difference between the 12900HK laptop CPU and the older 10900K desktop CPU isn’t as big as with GeekBench, but it’s still impressive to see a laptop chip putting out this kind of performance.

GPU benchmarks and games — letting the 3080Ti stretch its legs

Switching over the GPU-focused benchmarks now, things get a little weird. First, it’s worth noting that the CPU, while still playing a role, isn’t as important for these tests as the GPU. To better isolate CPU impact, you’d want to run these tests using the same GPU.

Unfortunately, as mentioned above, I didn’t have the luxury of doing that.

Still, it’s worth noting how close the scores get between my older, less powerful desktop and the MSI Raider GE76. With the GPU benchmarks specifically, the performance delta is rather larger (but running on battery annihilates that performance gain).

In actual games, things are more even (note in the following tests, the MacBook,

Next, I benchmarked Civilization VI using the ‘AI’ test, which is more CPU-focused and measures the time it takes to complete turns with the game’s AI.

As with the other CPU tests, the GE76 saw performance fall slightly above my desktop when plugged in and slightly below when running on battery power.

I also ran benchmarks using Hitman 3’s ‘Dartmoor’ test and A Total War Saga: Troy’s ‘battle_bench’ test on high settings at 1080p. Both games scored performance using average frames per second, so I included them in the same chart. Interestingly, the performance gap was a lot smaller with these titles than in some other benchmarks.

Again, I’d largely attribute these differences to the GPU rather than the CPU.

Finally, I ran the Final Fantasy XIV Endwalker benchmark, which awards a score based on performance throughout the test. This continues the pattern established in other benchmarks, with the GE76 scoring better than my desktop when plugged in and worse when unplugged. 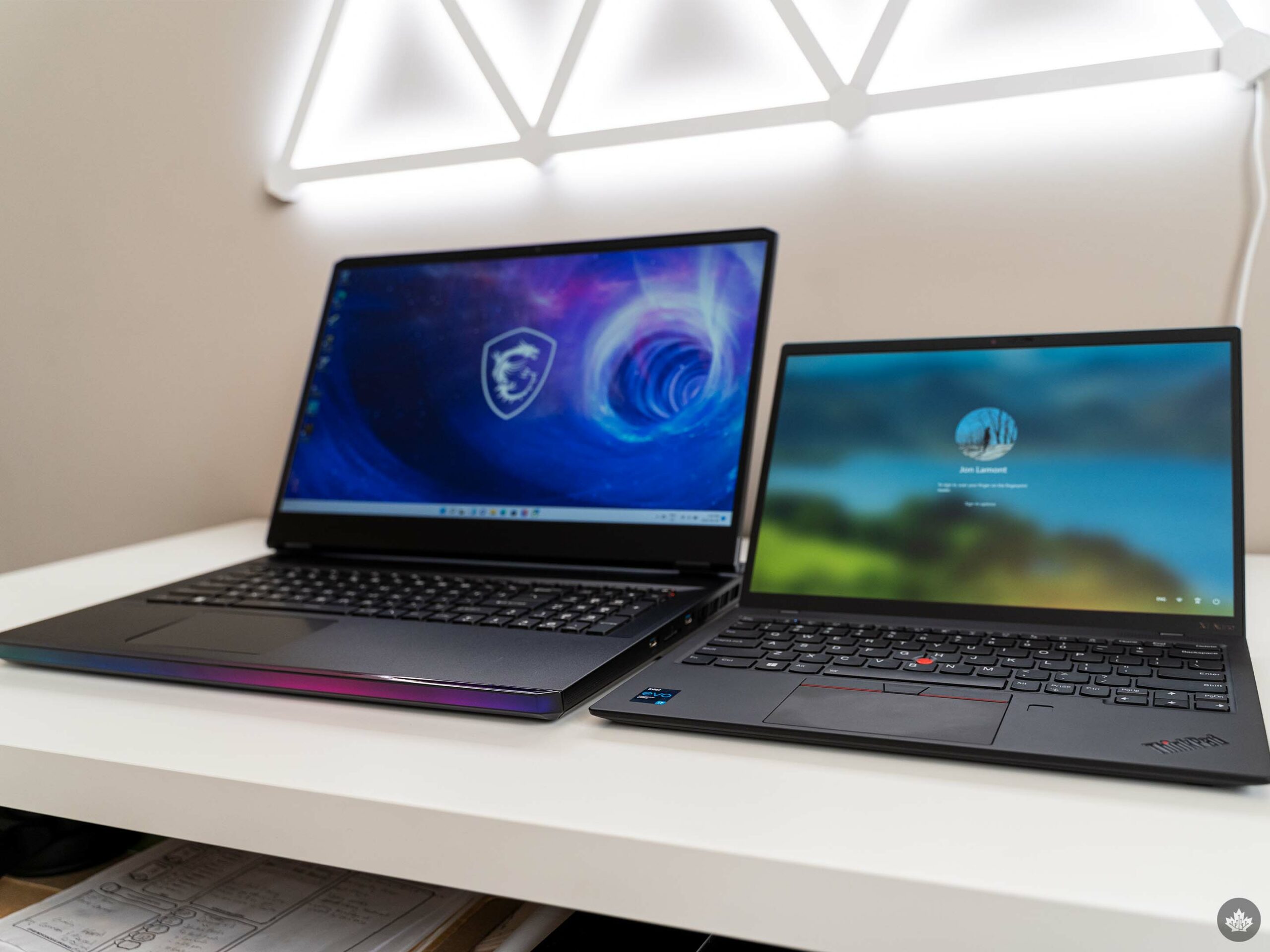 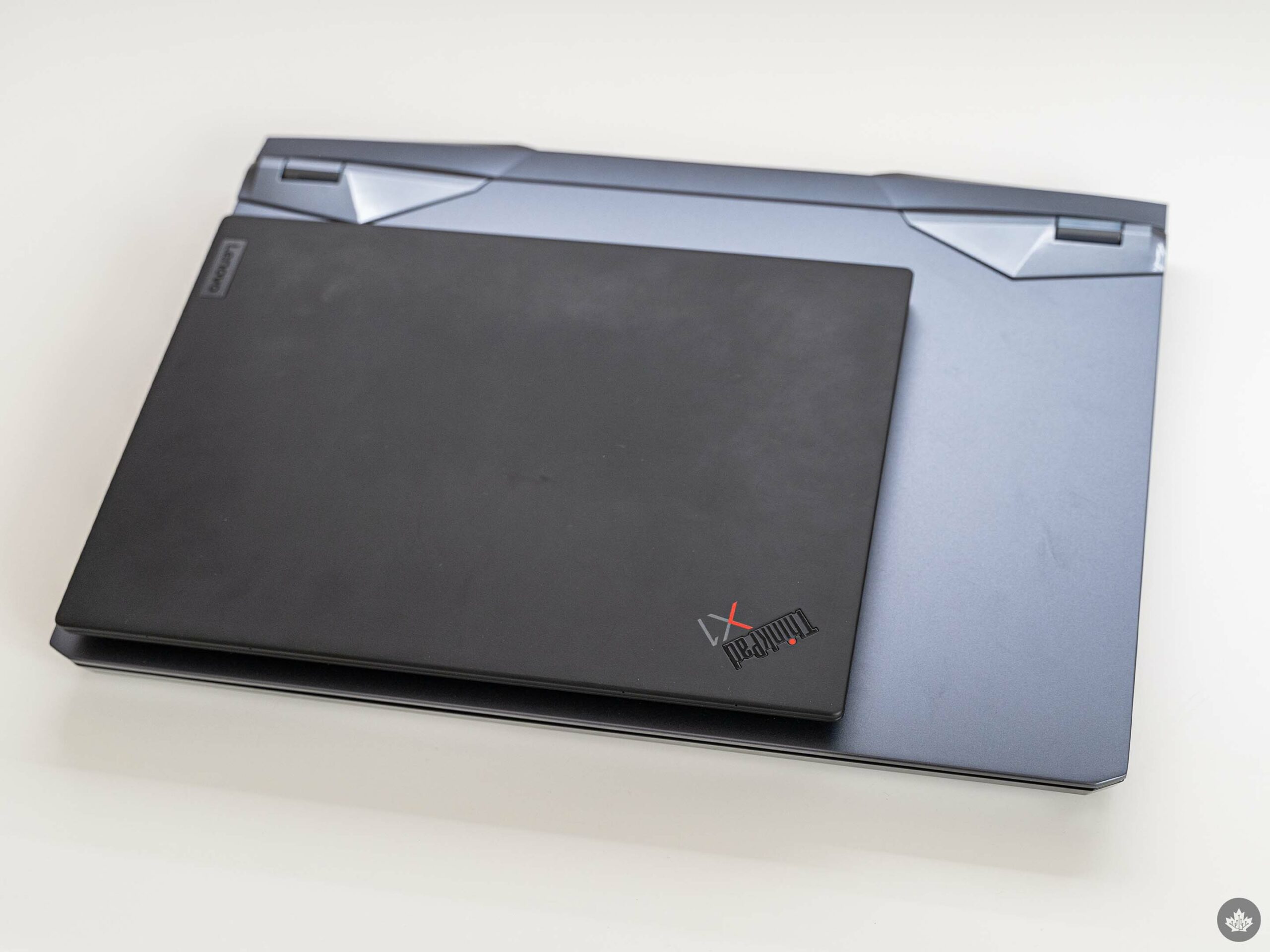 Overall, I’d say that the MSI Raider GE76 is a good showing of what the i9-12900HK is capable of. Intel’s latest chip is definitely impressive and packs a ton of power and performance. That said, I’m also excited to see how some of Intel’s other 12th Gen chips perform, especially those not intended for gaming. If Intel’s other laptop chips can offer impressive performance alongside great battery life, 2022 could shape up to be an interesting year for laptops.

I’m still not convinced that gaming laptops are the best way to go for PC gamers. The MSI Raider GE76 costs a whopping $4,599.99 in Canada. By my estimate, you could build a similarly-specced desktop and, assuming you can find a 3080Ti for a reasonable price, easily save $800 to get similar or better performance.

On that note, while I didn’t talk much about the Raider GE76 itself, I do want to take a moment to address a few concerns I had in my brief time with the laptop. First, the SteelSeries-branded keyboard is fine, but far from the best keyboard I’ve ever used. The trackpad was downright unusable — the first thing I did after trying it was plug in a mouse and that’s how I used the Raider GE76 for the rest of my testing. As for cooling, the GE76 seemed to hold up fairly well. I wouldn’t game with it on your lap unless you want to roast your thighs, but it generally kept to a comfortable temperature on a desk. Still, I have concerns about thermal throttling, especially compared to a desktop kitted out with fans or even a liquid-cooling solution. 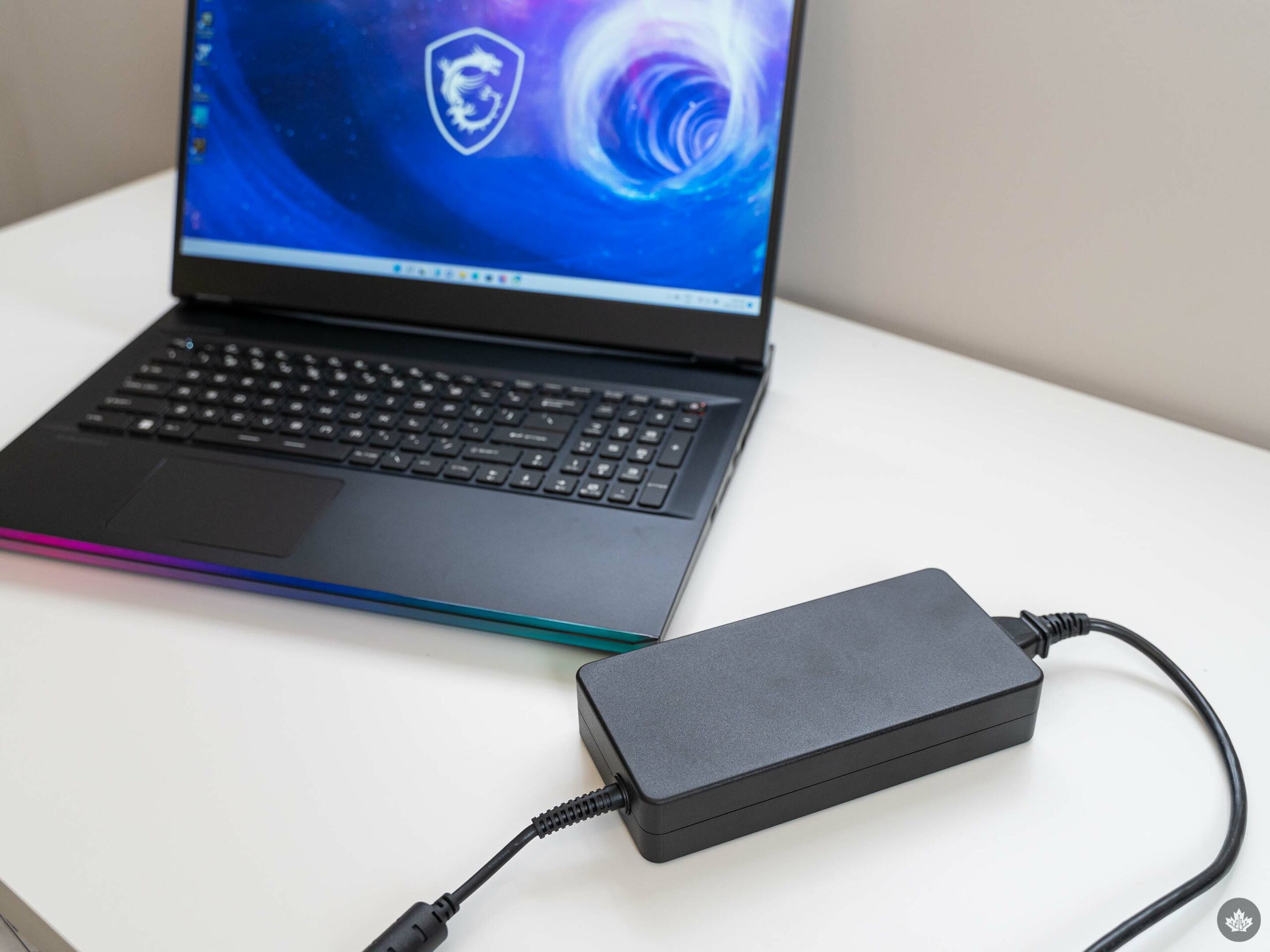 It’s also worth keeping in mind that if you want something portable, the GE76 doesn’t fit the bill. It’s a laptop, but one that clocks in at 6.39lbs (about 2.9kg) and the power brick really lives up to the ‘brick’ name.

If you’re in the market for an i9-12900HK and aren’t interested in building your own PC, the Raider GE76 will definitely get the job done. As for me, I’ll keep to my desktop with a less powerful laptop to handle any portable computing needs that arise.

What smartphone tech are you excited for in 2022?