As the end of the year approaches, it’s always nice to take some time and look back on some of the tech that we’ve had the privilege of testing out this year. As MobileSyrup’s resident laptop reviewer, I’m going to go over some of the team’s favourite laptops from 2021.

Since we’re a small team, we can’t review every laptop that comes out each year (there are just too many). With that in mind, I focused on our favourite laptops from 2021 instead of doing a ‘best of’ list.

So, without further ado, here’s MobileSyrup’s favourite laptops of 2021: 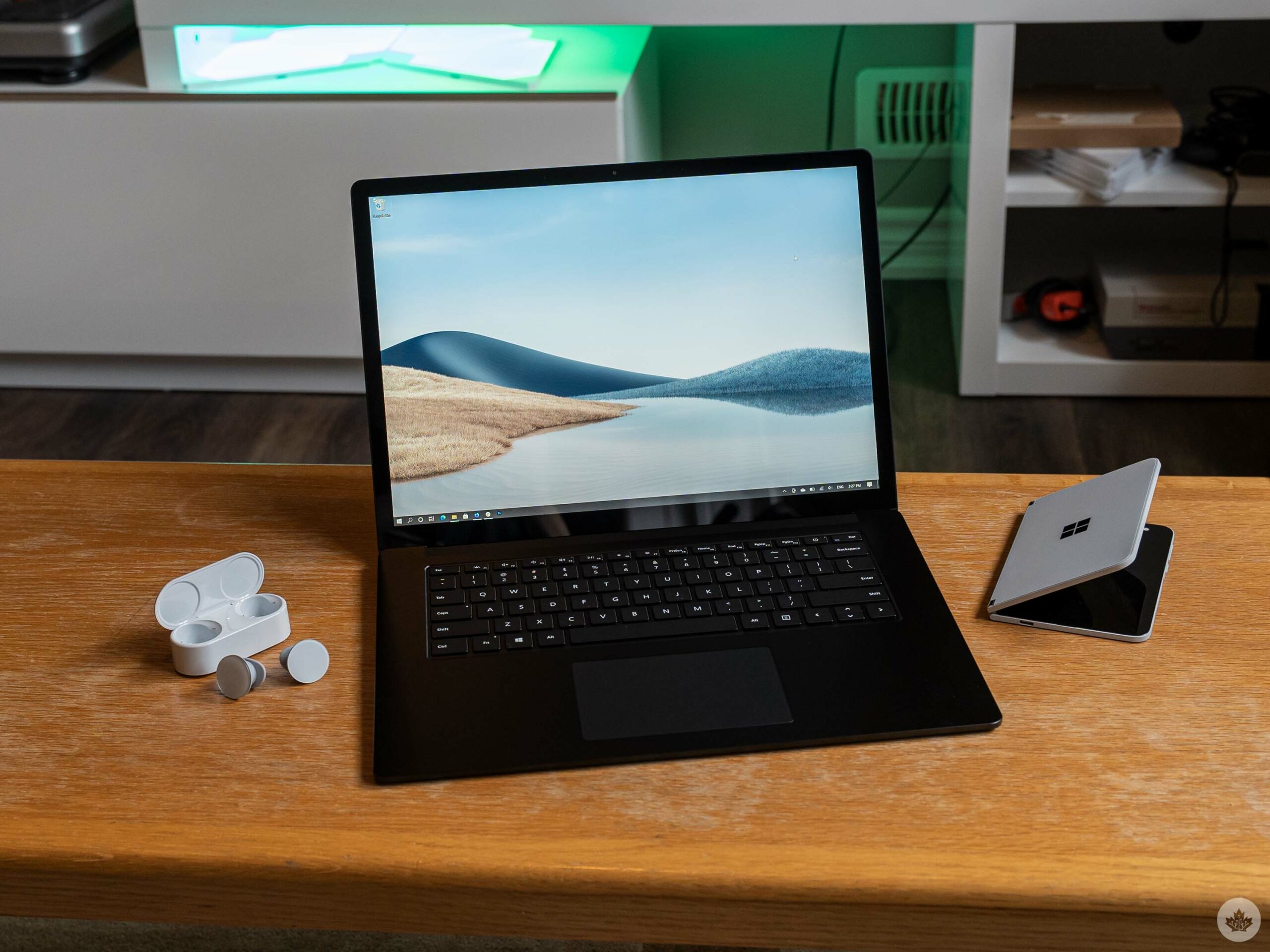 I was surprised by how much I liked Microsoft’s Surface Laptop 4 this year. I had a rough go with its predecessor and when it came time to test out the Laptop 4, I wasn’t looking forward to spending time with the AMD-powered PC.

However, the Laptop 4 blew me away with surprising performance (made even better once I started tweaking Windows’ built-in power settings). From a performance standpoint, the most disappointing part of the Surface Laptop 4 was the graphics – looking back at the benchmarks I ran this year, the Laptop 4 was one of the worst performers when it came to the GPU. It’s not a big problem since the Laptop 4 is more of a workhorse PC than a gaming PC, but I can see that performance becoming a problem in the more intensive photo and video editing tasks.

Beyond that, the Surface Laptop 4 once again offered excellent build quality, a top-notch display, a fantastic keyboard and trackpad and more. I tested the larger 15-inch model, but the smaller 13.5-inch Laptop 4 looks like a good option, too. 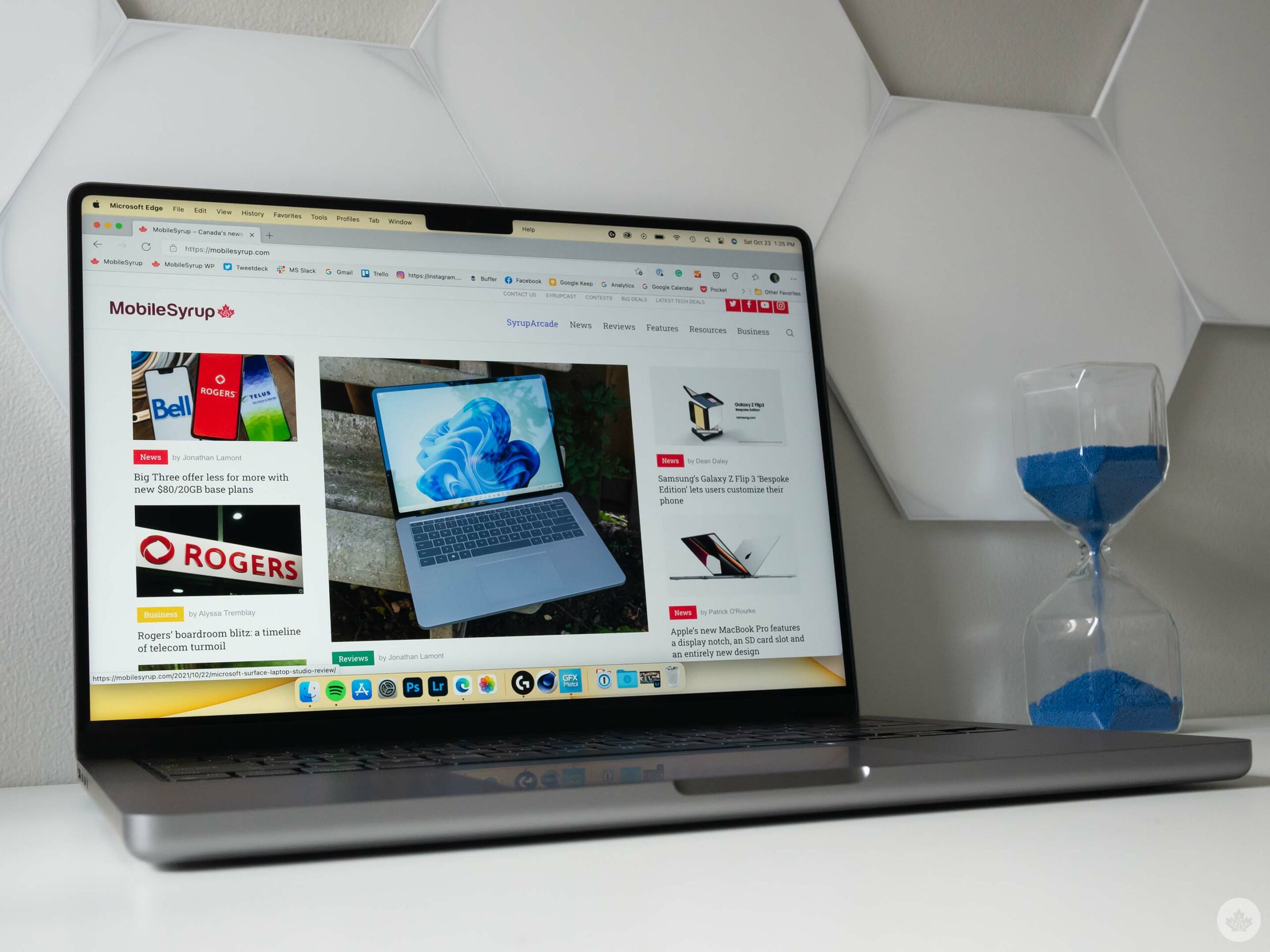 Apple’s new MacBook Pro marked a significant shift for the company. Instead of pumping out another super-slim, compact laptop with a ‘Pro’ tag slapped on but not enough ports or power to really earn the title, Apple actually listened to its customers and released a chunky, powerful laptop.

Although pricey, the 2021 MacBook Pro will likely be the first in a line of powerful, efficient Mac computers and, hopefully, will start a trend of Apple listening to its customers.

Plus, as Apple builds on the success of its ARM-based M-series chips, the company may also lead the way for other computer makers to adopt ARM-based CPUs and start pushing Windows laptops in that direction too. 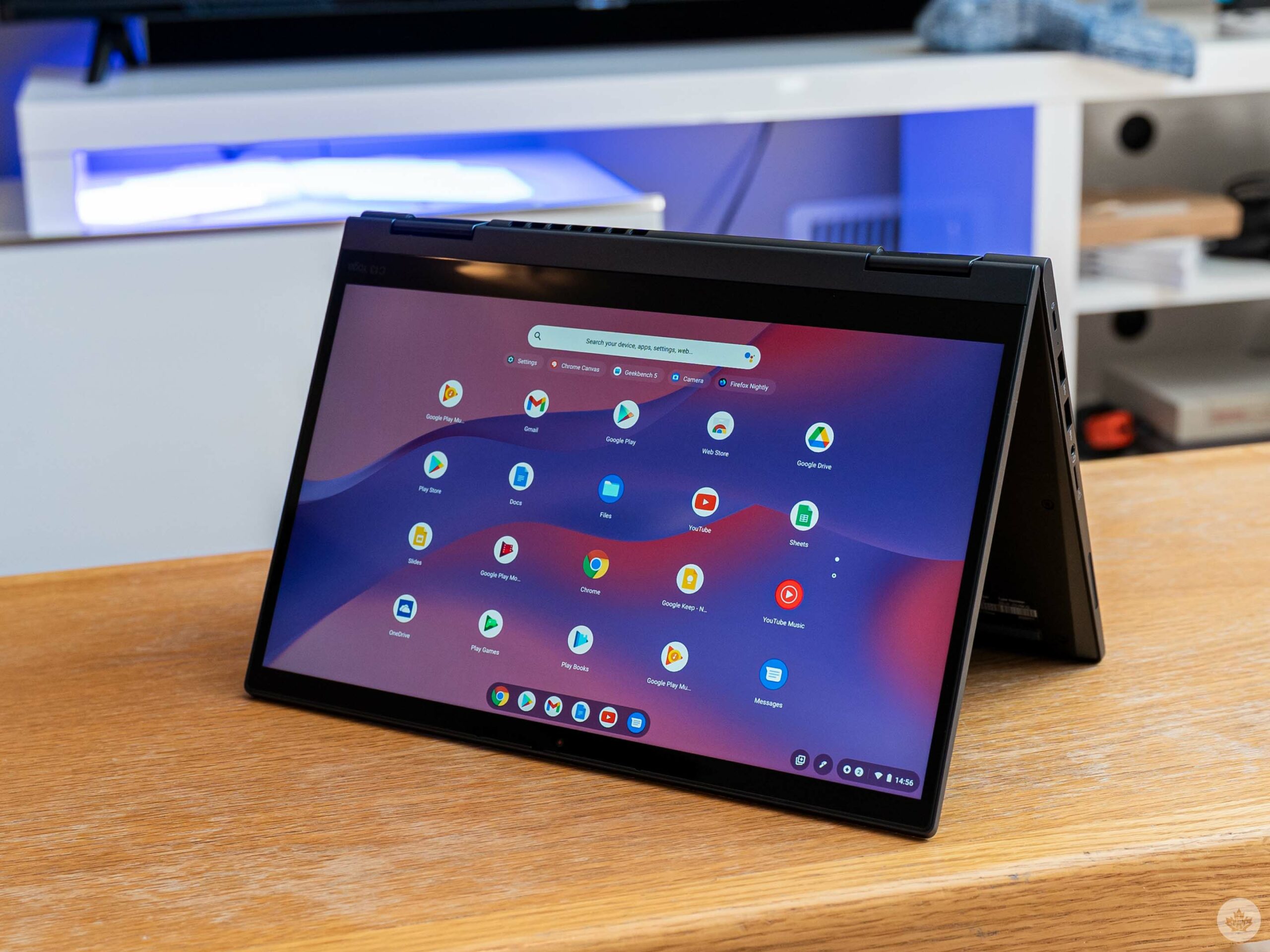 Lenovo’s ThinkPad C13 Yoga Gen 1 was MobileSyrup’s favourite Chromebook of the year by virtue of being the only Chromebook we had a chance to test in 2021. That said, I also really like it and think it’d have a great shot at claiming the favourite spot even if it had some competition.

My two biggest gripes with the C13 Yoga Gen 1 were price and that I had issues with the trackpad. The former can be avoided by picking up the C13 Yoga on sale, while the latter can be mitigated by using the touchscreen, the keyboard nipple ‘trackpoint’ or an external mouse.

One other note about the price – Lenovo does this annoying thing on its website where it almost always offers an “e-coupon” that significantly discounts the cost of its computers. For example, the base model C13 Yoga was, at the time of writing, priced at $799 but with an e-coupon it cost $449. Prices also fluctuate a ton on Lenovo’s website, so I’d recommend watching it for a while or comparing prices with our retailers before making a purchase.

Beyond those two issues, the C13 Yoga was a surprisingly excellent little Chromebook. It handled my typical web browsing tasks without issue and its 2-in-1 form factor let it operate as a tablet when I needed it to.

I think the C13 Yoga could be a suitable option for a student or grandparent who needs something basic for internet access, plus the build quality gives me hope it’ll last a long time. 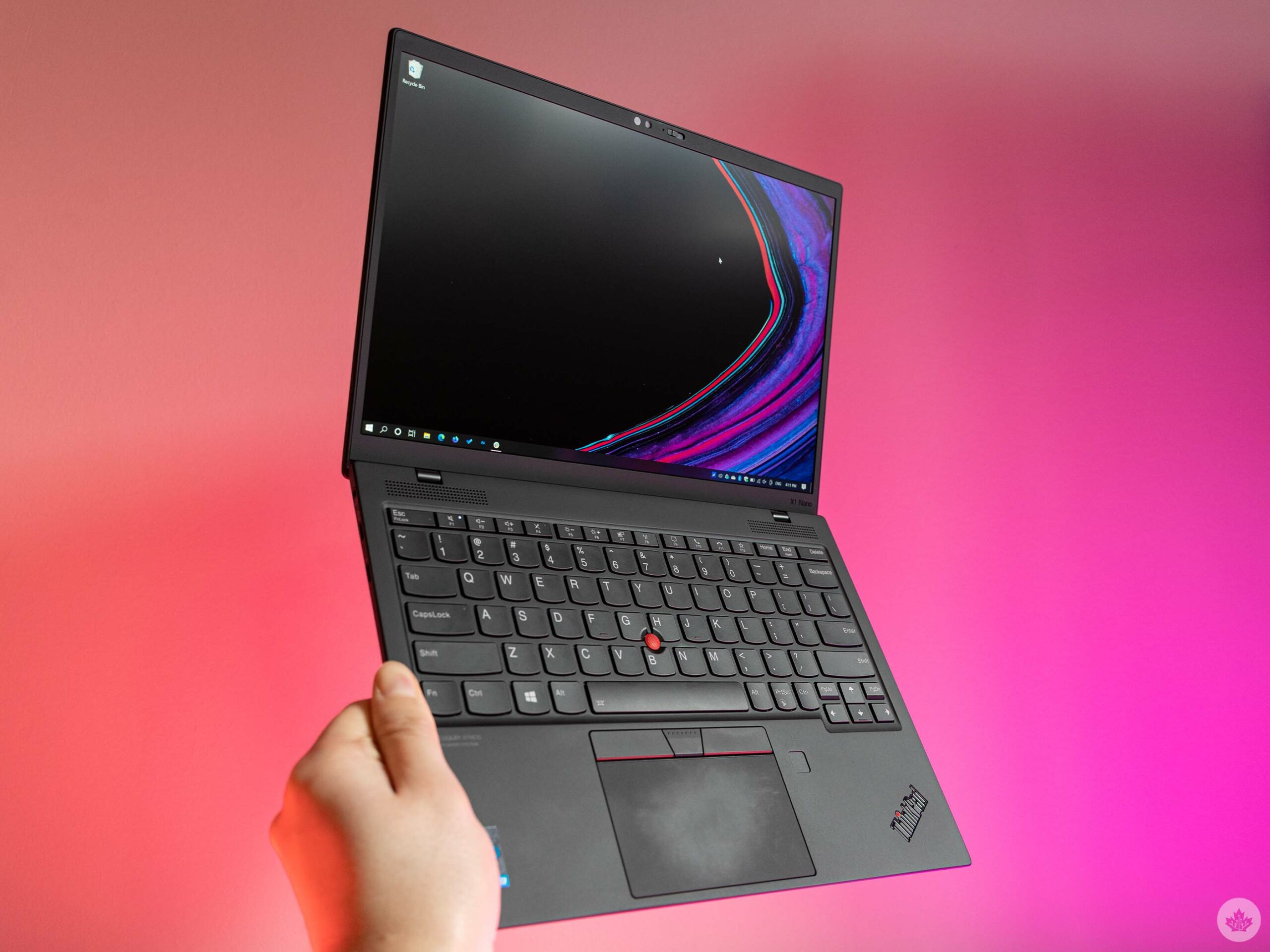 Aside from being slightly larger than the Laptop Go, the X1 Nano is a powerhouse by comparison. The model I tested had an Intel Core i7-1160G7 CPU and 16GB of RAM, was super thin and crazy light. Along with decent performance, it also has stellar battery life, a great display and a fantastic keyboard.

All that said, it’s not a perfect laptop. I’d love if it had more ports, and Lenovo’s keyboard, while great to type on, has some annoying layout decisions. It’s also not quite as compact as the Laptop Go, and I preferred the unique colour and style of Microsoft’s mini Surface Laptop.

Finally, as I mentioned with the C13 Yoga above, Lenovo’s website has some really annoying pricing issues with its e-coupon system. Currently, the X1 Nano starts at $3,572 but only costs $2,000 with the e-coupon (weirdly, this is quite a bit more than what the Nano cost when I reviewed it in March).

Still, all these things aside, the ThinkPad X1 Nano is easily the best compact laptop I tried this year and, perhaps even my favourite laptop overall in 2021. 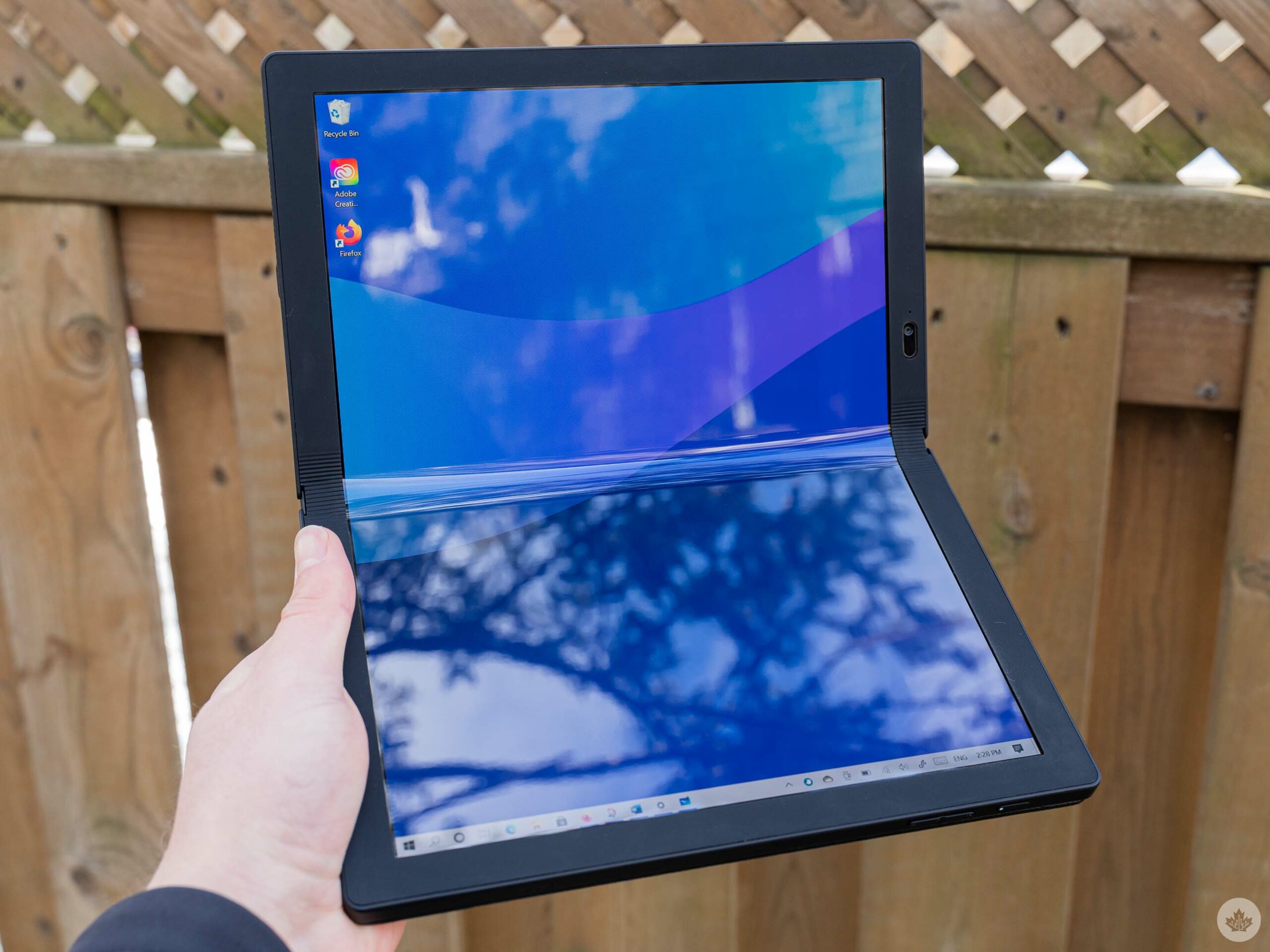 MobileSyrup didn’t review any gaming laptops this year, so in its place is a new category: “favourite weird laptop” of the year. In 2021, that award goes to Lenovo’s ThinkPad X1 Fold.

To be clear, the X1 Fold is not a laptop you should buy. Seriously, don’t do it. I’m not even going to include a link because you should not buy it.

The ThinkPad X1 Fold is more of an interesting concept than an actually useable laptop. It’s a foldable laptop and yes, I know, most laptops are foldable. But this one has a foldable display and a really neat wireless keyboard that can magnetically attach to the device.

That means you can use the X1 Fold like a tablet, traditional clamshell laptop or in myriad other ways. It’s a really neat device – just too bad it’s not really good at doing anything you’d typically do on a PC.

MobileSyrup utilizes affiliate partnerships. These partnerships do not influence our editorial content, though MobileSyrup may earn a commission on purchases made via these links that helps fund the journalism provided free on our website.

A Year in Review: A Roundup Of the Best Red Carpet Fashion In 2021