Microsoft may still be struggling to get its dual-screen Surface Duo smartphone right, but the company’s new patent for a triple-screen phone suggests it could be looking forward to the inevitable Surface Trio (that name’s on the house, Microsoft).

Spotted by Patently Apple (via Gizmodo), the Microsoft patent shows a phone with three screens and two hinges. Gizmodo describes it as a trifold wallet or ‘triptych,’ but the patent concept is basically just a Surface Duo with an extra hinge and panel. 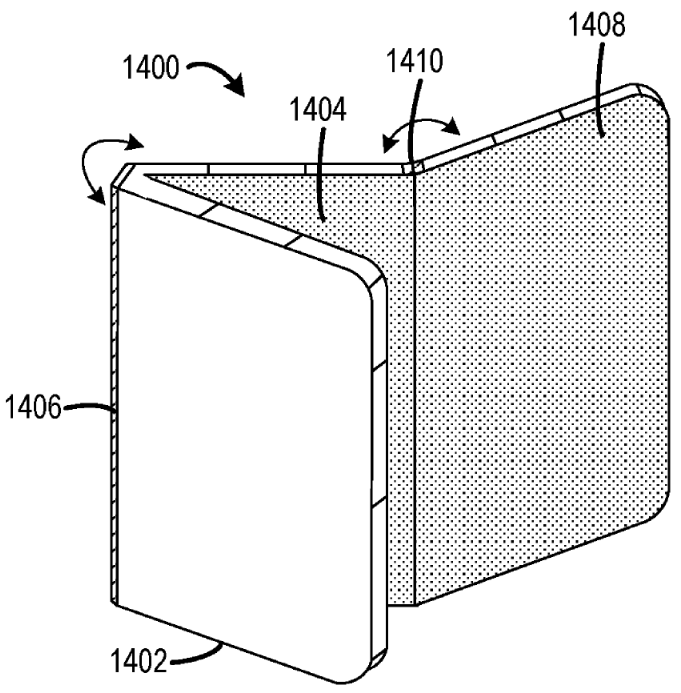 While the patent illustration looks quite sleek, given how thick current foldables are, there’s no way that a three-screen device like this wouldn’t be massive. It’d also likely be quite heavy with all that extra material. Microsoft has so far done an impressive job of making the individual panels of its Surface Duo devices thin, but when you fold the device (thus stacking the panels), it becomes much thicker. And of course, one of the two sets of hinges would need to be much larger to accommodate folding over an extra panel.

It’s also worth noting that Microsoft isn’t the only company considering a triple-screen device. LetsGoDigital reported on a Samsung patent filed in mid-June describing a similar device — you can check out a concept model in the video below. TCL has a trifold concept as well.

I’m looking forward to trying a wild three-screen concept like what Microsoft has patented, although I’m already confident I’ll hate it. Having tested both the Surface Duo and Duo 2, I found that I liked the idea of multi-screen phones, but not the execution. Plus, I had a hard enough time finding two apps I wanted to run side-by-side — how will I ever come up with three to run on a triple-screen device?