At its Flagship Product Launch held earlier today, Huawei made several key announcements about the global release of its new products, including the foldable Huawei Mate XS 2 smartphone, the Huawei Watch GT3 Pro, the Watch Fit 2 and more.

After launching the Mate XS 2 in China earlier this year, Huawei is ready to globally release its new “Falcon Wing” design foldable smartphone.

The Mate XS 2 features a design similar to Samsung’s Galaxy Z Fold 3, with a 6.5-inch OLED display while folded, and 7.8-inch when opened. The display has a pixel resolution of 2480 x 2220 and a 120Hz refresh rate, combined with a 240Hz touch sampling rate.

The foldable smartphone weighs about 255g, making it lighter than the Z Fold 3. Similarly, when unfolded, the device has a thickness of 5.4mm, which is also thinner than the Z Fold 3’s 6.4mm thickness. The Mate XS 2 is powered by Qualcomm’s Snapdragon 888 4G chipset, and it features 12GB RAM and 512GB storage.

#HUAWEIMateXs2 is a perfect blend of refined textures and timeless colours that never goes out of style.

On the rear, the device features a triple camera setup with a 50-megapixel main sensor, 13-megapixel Ulta-wide camera and a 3x Optical Telephoto camera, whereas on the front, the phone sports a 10.7-megapixel f/2.2 Ulta-wide angle selfie camera.

While we are not certain if the device will make its way to Canada, MobileSyrup has reached out to Huawei, and we will update this story when information regarding availability is provided.

On the wearable side of things, Huawei announced that its Watch GT3 Pro will also make its global debut after exclusively being available in China earlier this month.

The new watch will be available in 43mm ceramic and 46mm titanium variants, with a 1.32-inch and 1.43-inch screen size, respectively. 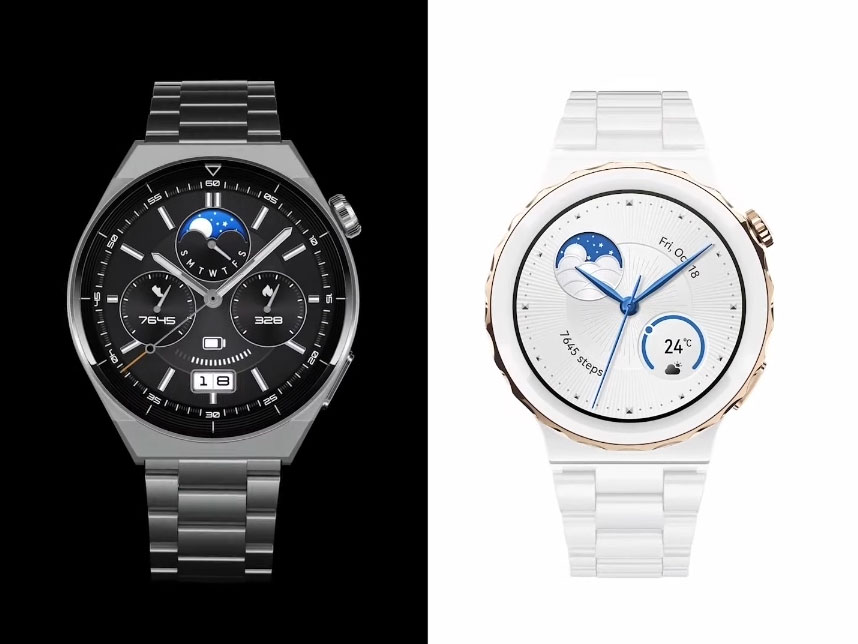 The Watch is 5ATM water-resistant, and according to Huawei, users can free-dive with the watch up to 30 meters underwater. Additionally, core functionality like SpO2 monitoring, heart rate tracking, sleep monitoring, skin temperature and more are available on the watch.

The Watch Fit 2 features a 292mAh battery that, according to Huawei, lasts for 10 days.

Many of Netflix's recent subscriber losses are longtime users: report