How to use the virtual TV remote on your iPhone


Much like Android, Apple has a television remote built into iPhones. Follow these steps next time you lose your Apple TV or AirPlay 2 compatible TV remote in the couch cushions.

If you live in an Android world, we also have a guide to use a virtual remote with the operating system.

And for those who don’t like reading, we have a short version of the explainer below (if this doesn’t do it for you, keep scrolling for the full-detail version):

The remote is located within the iOS/iPadOS Control Centre. If it’s not there, you can add it from the Settings app. It should work seamlessly with Apple TVs that are on the same Wi-FI network as your phone. If you have an AirPlay TV, you’ll need to set it up in your TVs settings and the Apple Home app. Usually, it’s as simple as finding the Homekit/AirPlay setting on the TV and then linking it with a QR code to your phone. 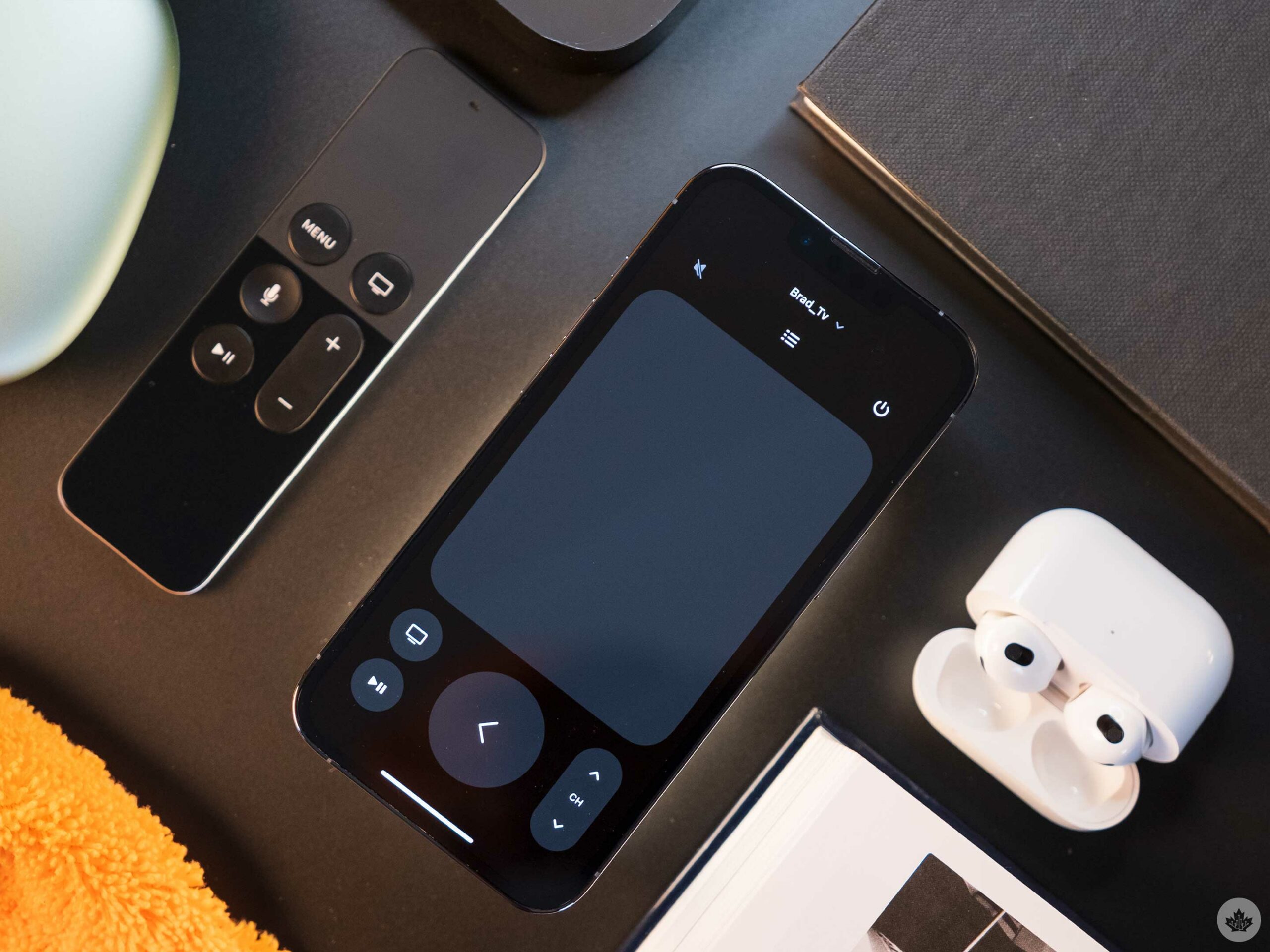 To set it up on your phone, you need to add it to Control Centre. For those unfamiliar, that’s the pulldown menu on iOS that includes quick Bluetooth, Wi-Fi, flashlight controls and more. To customize this menu hop into the settings app and scroll down until you see Control Centre. Then in the ‘More controls’ section, make sure you add the remote to your Control Centre by pressing on the small plus icon. 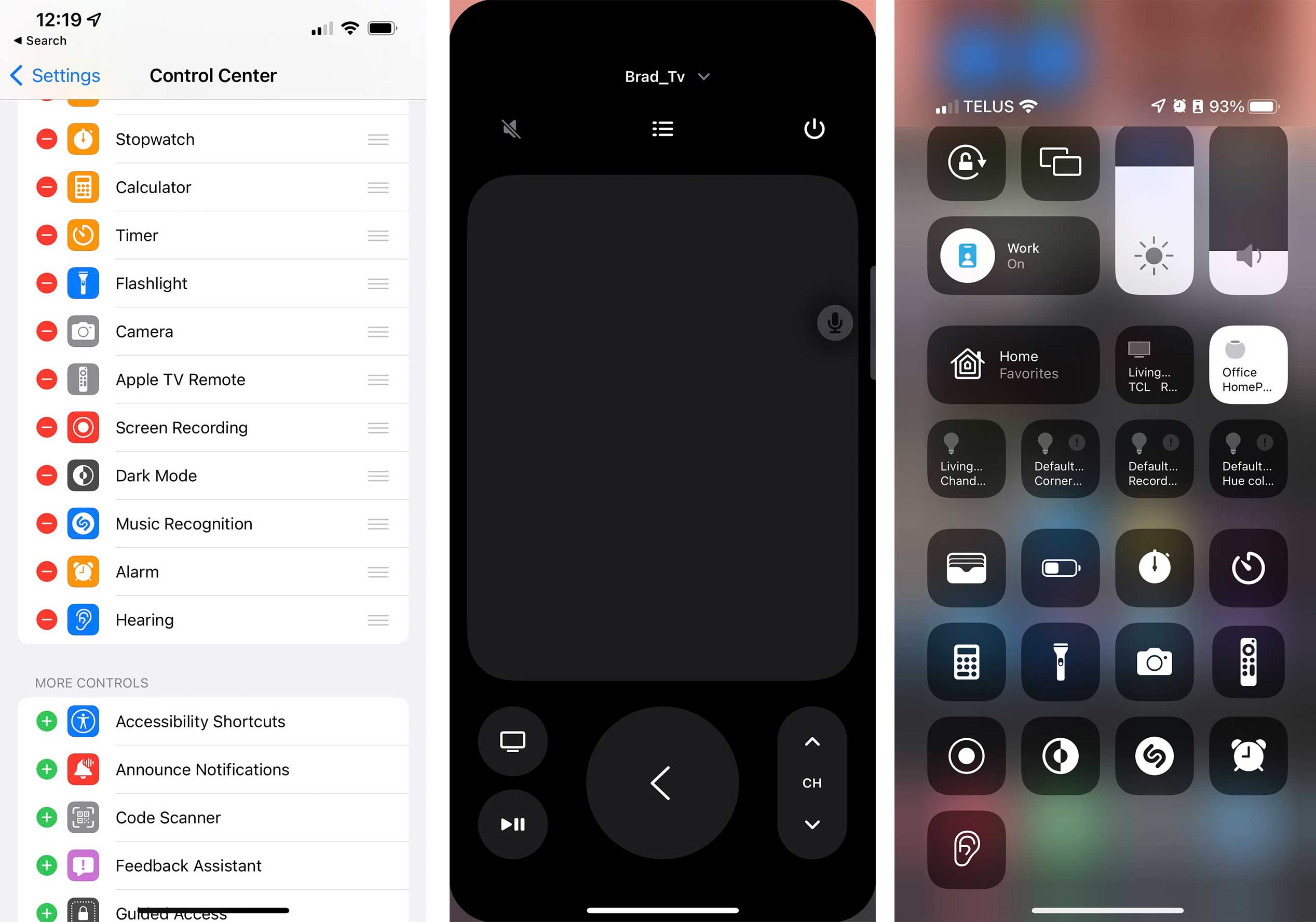 Once you’ve added the remote, swipe down from the top right corner of your phone to open up the menu. If you have an iPhone 8 or older, you’ll need to swipe up from the bottom of the screen. Tap on the remote icon, and voila, it will open.

If you’ve never opened the remote before, you’ll need to select your TV from a list. You may also need to input a pairing code on your TV or phone to make sure you’re connecting to the correct TV. If no Televisions appear, make sure your TV and phone are on the same Wi-Fi network.

Adding an AirPlay 2 capable TV isn’t hard, but you need to set it up in the Apple Home app and through the TV’s setting first. I’ll also note here that I have a Roku TV, so people with Samsung, LG, Sony models will have to find their TV’s AirPlay settings in a slightly different way. On Roku, there’s a simple section in the Settings called AirPlay and HomeKit.

Once you turn that on, navigate to the Apple Home app and tap on the plus icon in the top corner. Then choose to ‘Add Accessory.’ If you’ve already found the HomeKit settings on your TV, there should be a QR code you can scan to quickly pair the items. Once the TV is added to the Home app, you can access it through the remote in Contol Centre. However, the remote is more limited than the Apple TV variant.

Neither are terrible, but it just seems like the AirPlay remote is limited for no reason other than to give the Apple TV remote more features.

Do you buy your smartphones outright?

Here's a map of the government's Universal Broadband Fund projects