How and why is gaming intertwining with the Blockchain and NFTs


The recent resurrection of NFT’s and their newly-acquired spot in play-to-earn titles has baffled many.

For those who don’t know, the concept of digital art and ownership with NFTs isn’t new. The first known NFT, ‘Quantum,’ was minted way back in 2014 and was sold for $4.

But how, and more importantly, why are NFTs now being related to gaming? Let’s get a basic understanding of what an NFT is first.

NFTs stand for non-fungible tokens. Non-fungible here means that the token is one of a kind and can not be copied or replicated. For example, if I gave you a one-dollar bill, and you gave me a one-dollar bill, we both have what we initially started out with. So the one-dollar bill is fungible and mutually interchangeable as it can be replaced by another item.

NFTs however, aren’t interchangeable, and that’s what gives its holder its ownership over whatever the NFT is based upon, including digital artwork, music, a collectible or even an in-game asset.

NFTs were primarily built and stored on the Ethereum blockchain, but since have expanded to cheaper and more environmentally friendly alternatives like Solana, Tezos, Binance Smart Chain, Flow, Algorand and many others. On said blockchains, these NFTs have their unique metadata and ID codes that make them one-of-one and prove their holder’s ownership. 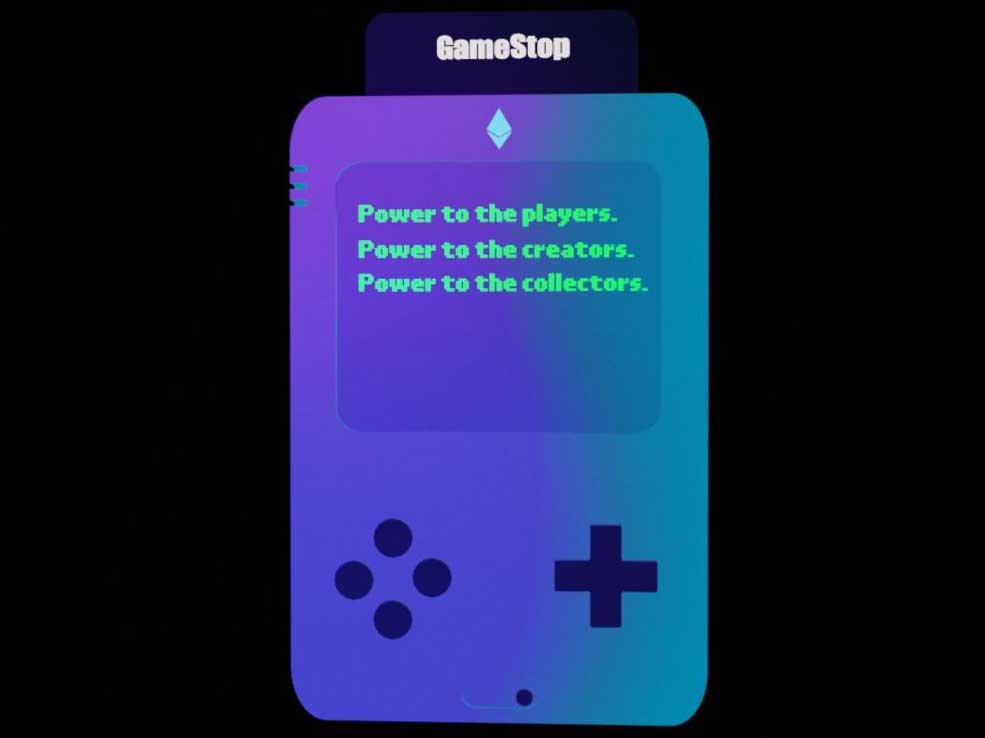 So how do these supposed JPEGs fit in the gaming narrative? And why are companies like GameStop, SquareEnix, Atari and Ubisoft hiring said NFT specialists? Do they know something that we don’t?

a New Year’s letter from the Square Enix president talks about new tech/concepts including NFTs, the metaverse, and particularly how blockchain games “hold the potential to enable self-sustaining game growth” https://t.co/qtdFCvQdeB pic.twitter.com/FOG4S9Hpgb

Play to earn instead of pay to play

Firstly, not all NFTs are just JPEGs. Any digital file can be turned into an NFT.

Let’s take a look at Axie Infinity, one of the leading blockchain play-to-earn games, to get a better understanding of what else an NFT can be.

Axie Infinity is a Pokémon-esque game that gained major traction in the Philippines during the early stages of the pandemic, where it allowed a locked-down country to keep earning, though not in the traditional sense.

The game tasks you with exploring, battling and breeding ‘Axies,’ which in essence, are NFTs. 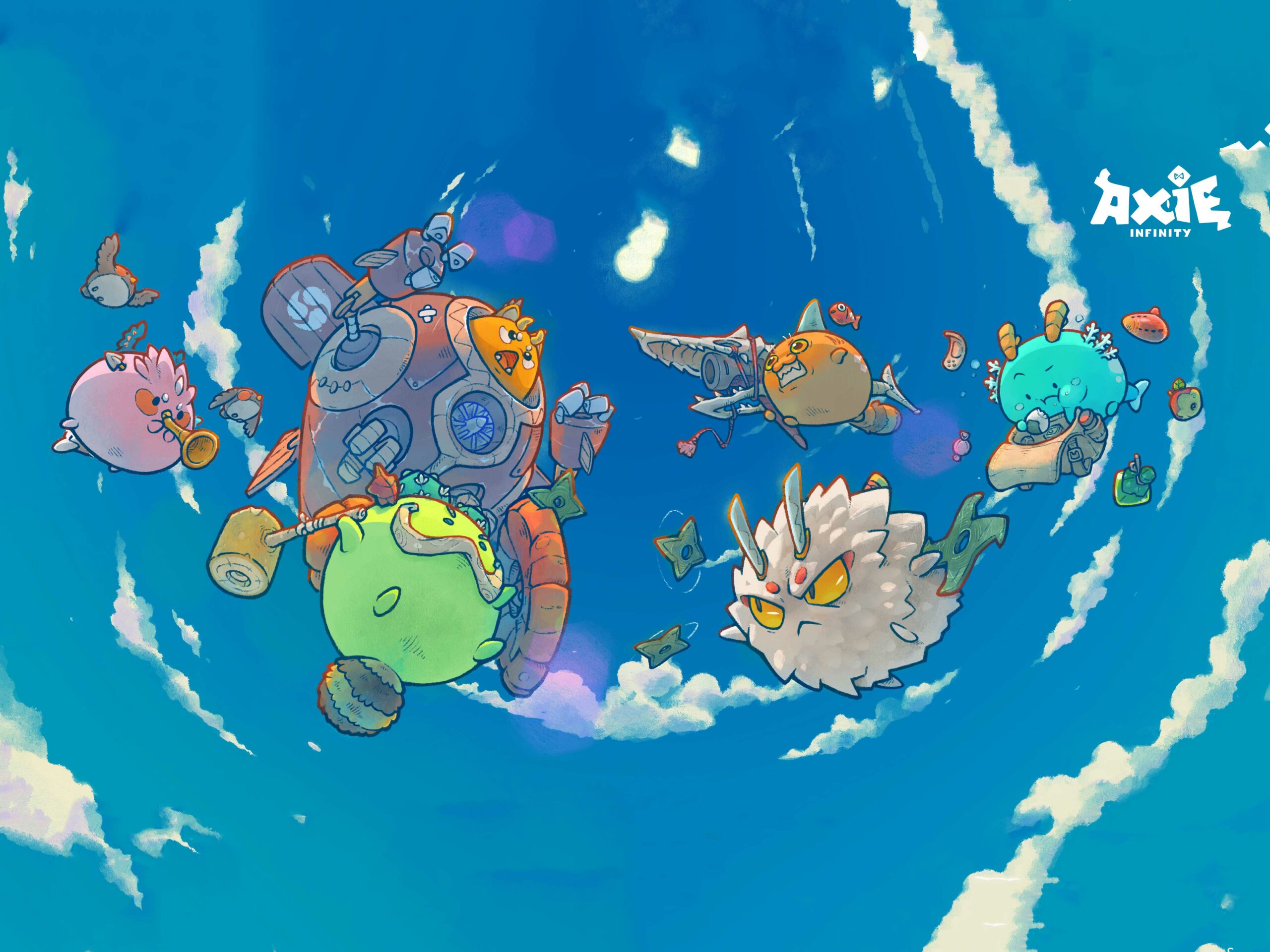 To understand this better, imagine catching a new Pokémon in Pokémon GO, but instead of it just being a virtual character that sits in your Pokéball, it’s an NFT that you have sole ownership of — that’s an Axie. Said Axies can be used for breeding and to create an offspring that inherits its parents’ traits. These Axies can also be used to play the game, gain experience, and once you’re done with them, you can list them on the game’s marketplace, and someone else who needs it might buy it off you.

Imagine something like the CS GO marketplace, but on steroids and backed by the blockchain.

Since Axie Infinity is built on the Ethereum Blockchain, these transactions take place in Ethereum, which can be converted into fiat currency (CAD, USD) through a centralized exchange.

Ubisoft tried to do something similar recently when it introduced Quartz, where players can buy “Digits,” which are in-game NFT assets for Tom Clancy’s Ghost Recon Breakpoint. 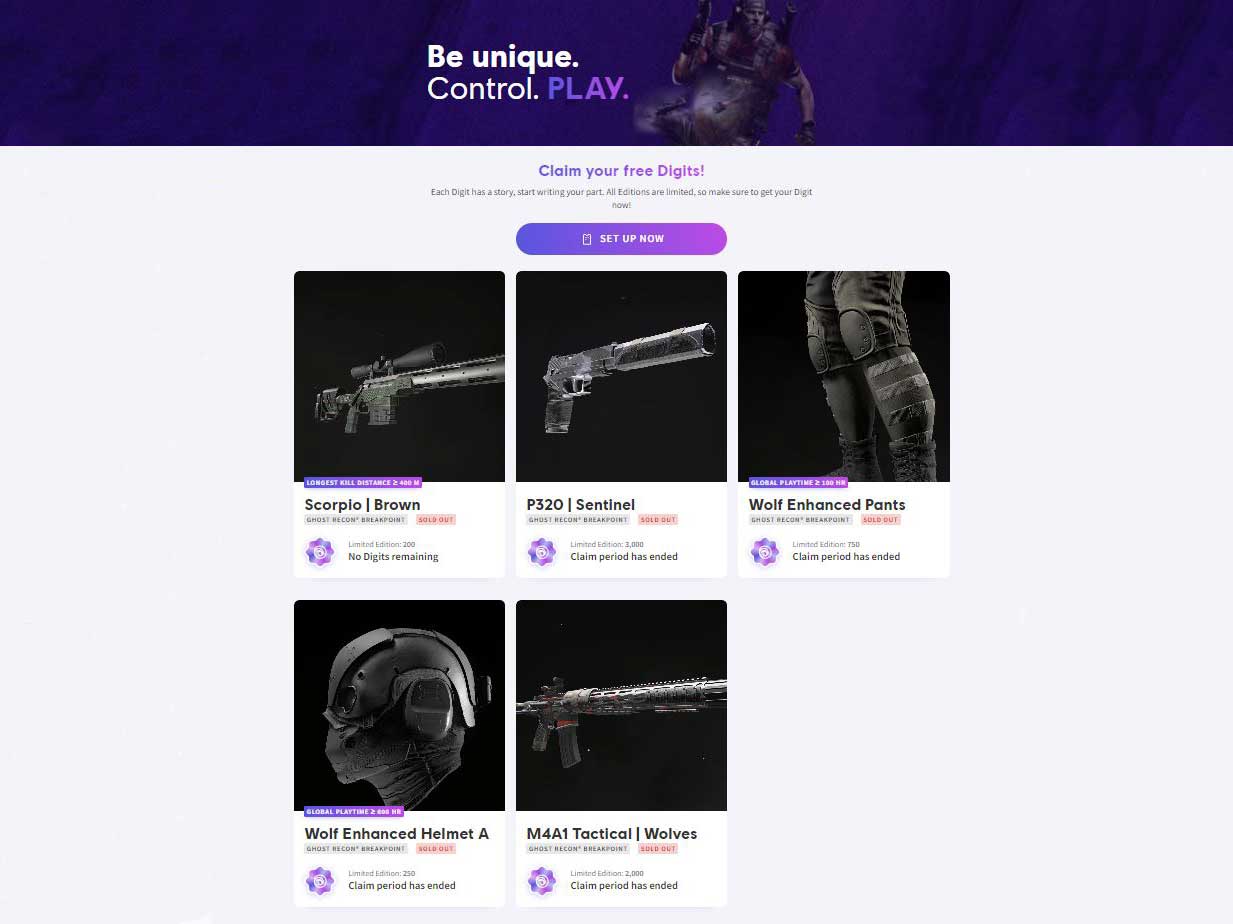 These assets can then be used to customize your character, or can be listed on a third-party marketplace for someone else to pick up.

So how is it any different from skins that you purchase in Fortnite?

Say you get bored of playing Fortnite, all your in-game assets which you own by namesake are left on the account and aren’t tradable. Some games let you trade your assets but reward you with in-game currency in return, which is completely useless if you don’t intend to play that specific game anymore.

With games like Axie Infinity, and what Ubisoft is aiming to do with its future titles is to allow the players to ‘fully own’ in-game assets which can maintain and return their monetary value when it’s time to say goodbye.

“I think gamers don’t get what a digital secondary market can bring to them. For now, because of the current situation and context of NFTs, gamers really believe it’s first destroying the planet, and second just a tool for speculation,” said Nicolas Pouard, VP at Ubisoft’s Strategic Innovations Lab in an interview about the role of NFTs in gaming with Finder.

So if the endgame is to create an in-game economy that supports the player financially, and provides complete ownership of in-game assets, why are gamers unhappy? 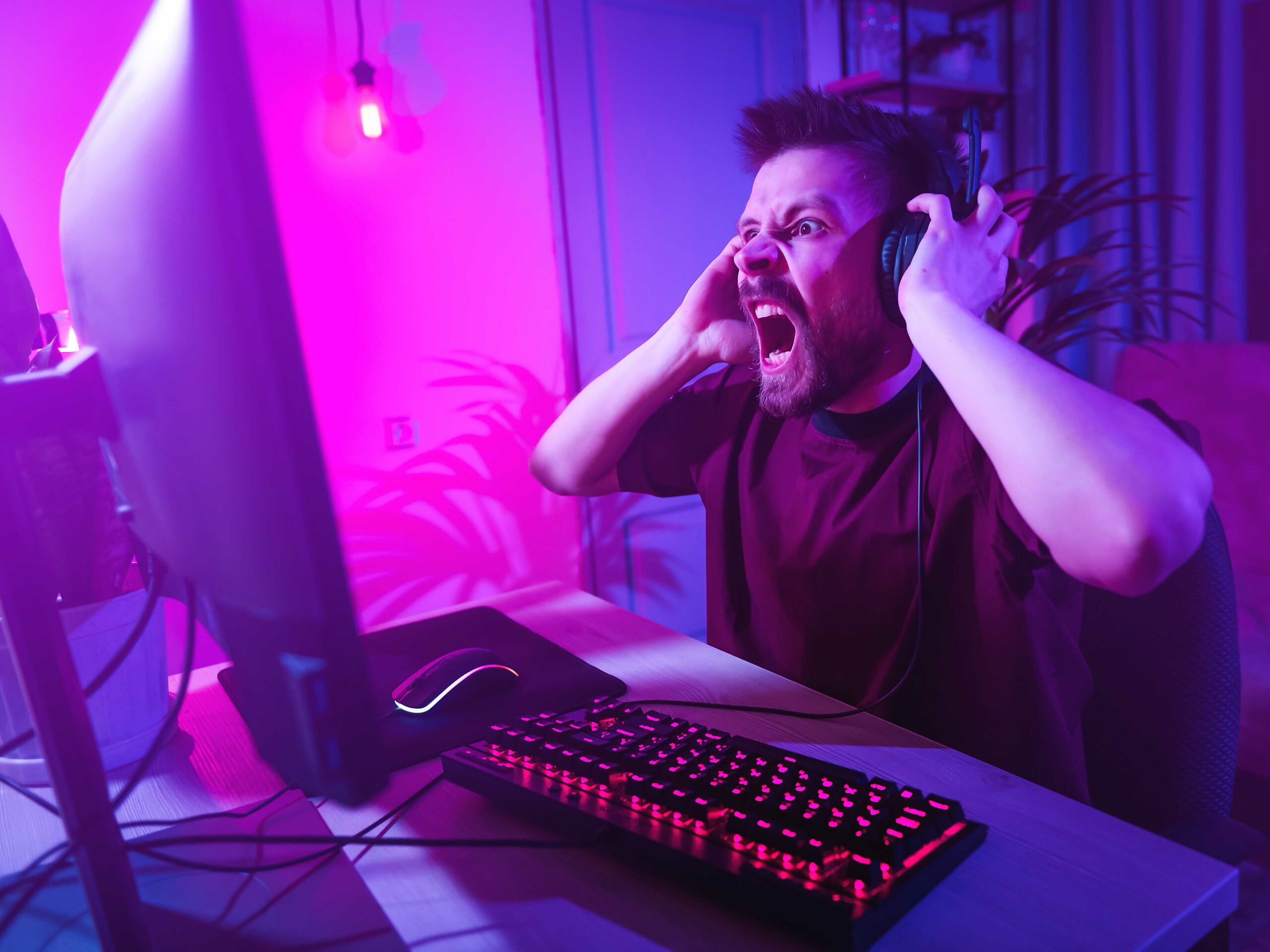 NFTs have been generalized to be a degenerate pleb’s tool to earn a quick buck by flipping JPEGs, and the primary argument against its use is gamers (not all) citing environmental concerns.

Digital currencies like Bitcoin and Etherum run on a Proof-of-Work (POW) consensus that requires the network to be secured by thousand of miners and PCs around the world. Said consensus is power-hungry and environmental concerns being raised around it are completely rational.

While the building blocks of NFTs are embedded in the Ethereum blockchain, alternatives that run on a proof-of-stake (POS) consensus like Solana, Fantom, Binance Smart Chain, Tezos and countless more are far more energy-efficient. 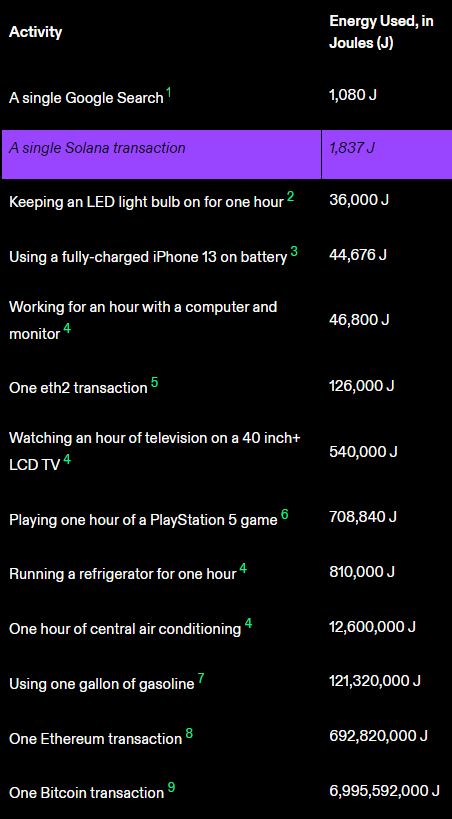 But what about all the NFT scammers going around? Since the NFT ecosystem is fairly new and unregulated, scams are inevitable. That’s why you have to do your own research and not take anyone’s word online as financial advice. That being said, AAA gaming studios that launch their own marketplaces in the future are unlikely to keep them unregulated and are sure to enforce measures that make trading in-game assets risk-free. 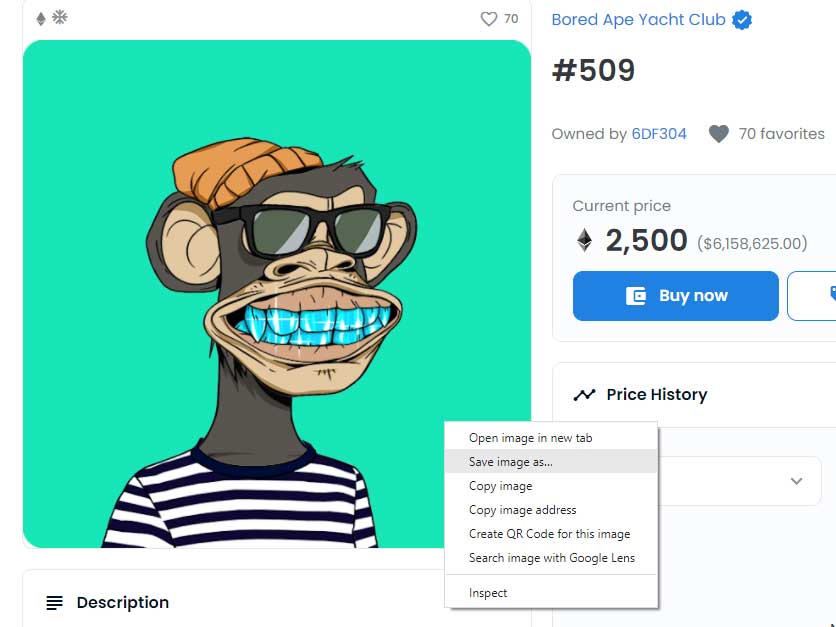 What about the ‘right-click, save as’ argument? While the argument originated as a meme, and might sometimes work with traditional ‘JPEG NFTs,’ it just doesn’t when the NFT is a tradeable in-game asset.

So maybe gamers’ dislike of NFTs is more of an “if it ain’t broke, don’t fix it” mindset? or maybe it’s bigotry over adaptability. While curiosity did kill the cat, it is also the engine of achievement and the mother of invention.

Only time will tell if NFTs and gaming are a match made in heaven or a fad that will soon go away. In my opinion, NFT and blockchain gaming are just the tip of the iceberg, and just like applications being built on traditional software, like Android, an increase in the applications built on the blockchain will lead to greater adoption, and help people get a better understanding of the topic. 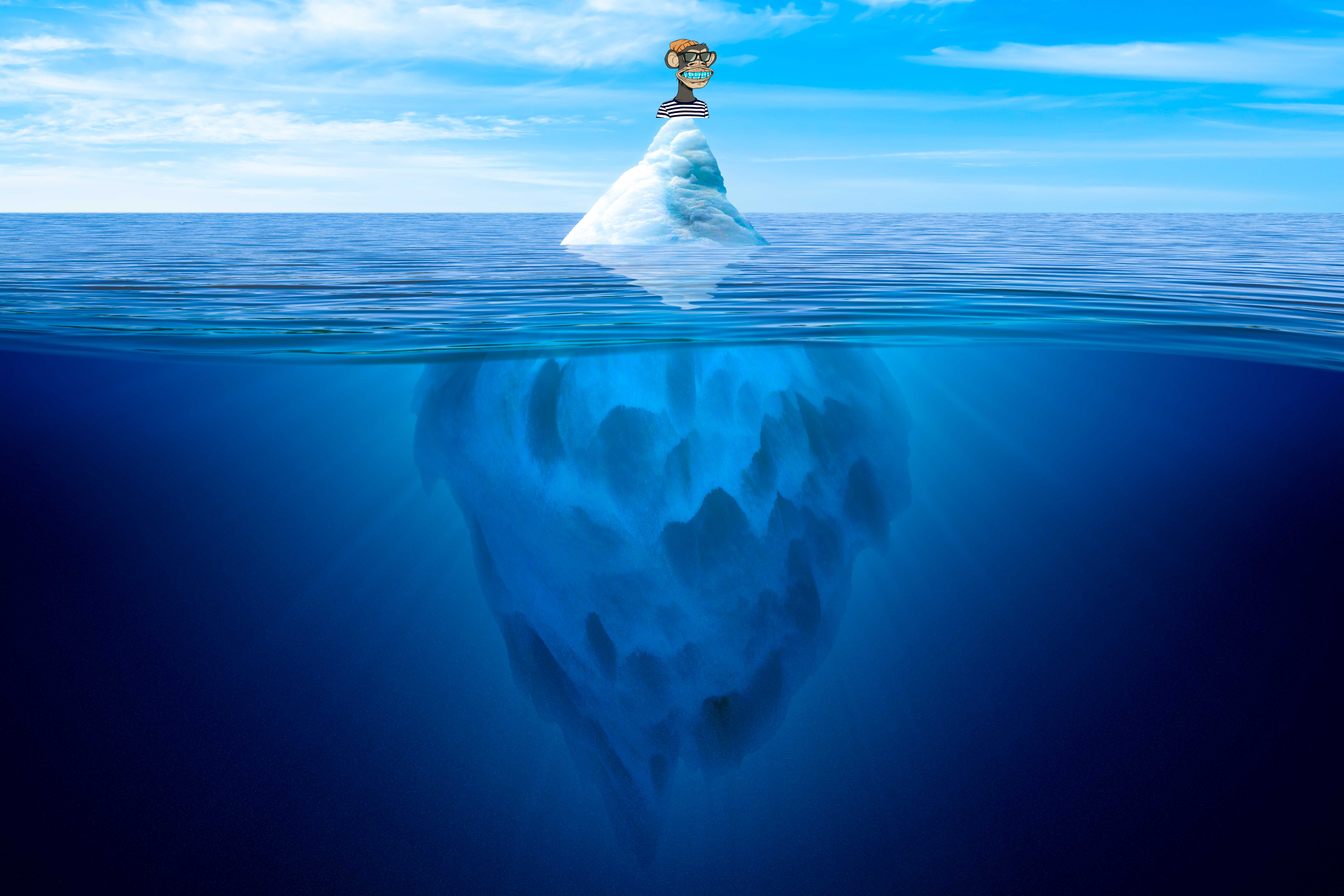 I feel that games featuring NFTs and traditional games can co-exist, and without behaving like stubborn leeches to each other.

Do you buy your smartphones outright?