First discovered by LetsGoDigital, Google recently published a patent to the United States Patent and Trademark Office (USPTO) for a smartphone that features an under-display camera.

The USPTO describes the patent as a “display configuration for mobile computing devices.” The patent was published back in December but was only spotted recently. 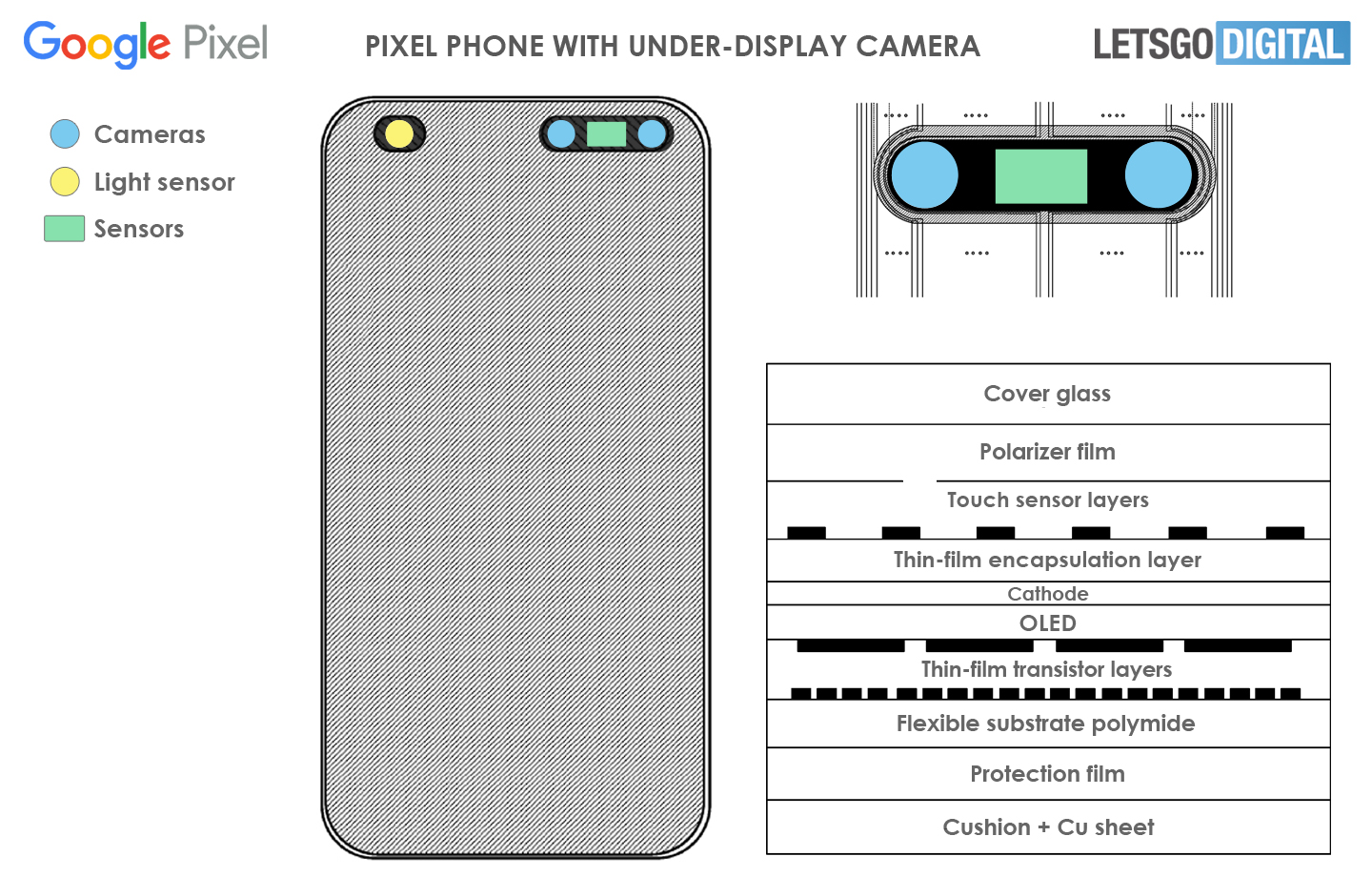 The patent outlines a smartphone with a larger display than we’ve seen before from a Pixel device. However, the overall body of the device doesn’t seem to be larger than the Pixel 6 and Pixel 6 Pro. According to Android Headlines, this isn’t the first time Google has published a patented related to an under-display camera, though this is reportedly the most cost-effective approach to the technology.

The patent outlines how the smartphone would feature an emissive display with a small “non-emissive” part where the camera looks through. Alongside the front-facing camera, a light sensor and other sensors will be placed under the camera. The smartphone also features an in-display fingerprint scanner.

At this point, several smartphone manufacturers offer this technology, including most recently Samsung’s Galaxy Z Fold 3. Even Apple is reportedly working on bringing the technology to its upcoming iPhone 14.

Google’s Pixel 7 Pro will likely be revealed in October at the tech giant’s annual ‘Made By Google’ hardware event.