After testing so many earbuds from reputable brands, I wanted to try a pair from a less known manufacturer.

This is where the EarFun Free Pro 2 wireless earbuds come in. They’re a sub-$100 pair of earbuds sold on Amazon with overwhelmingly positive user reviews. These particular buds have even received honours for being the best budget wireless earbuds of 2021 from CNET. However, I’d argue that all of these accolades should be taken with a grain of salt

During my time with the Free Pro 2s, they showed me that though a lot of features can be packed into low-cost buds, they still don’t compare to higher-end alternatives. 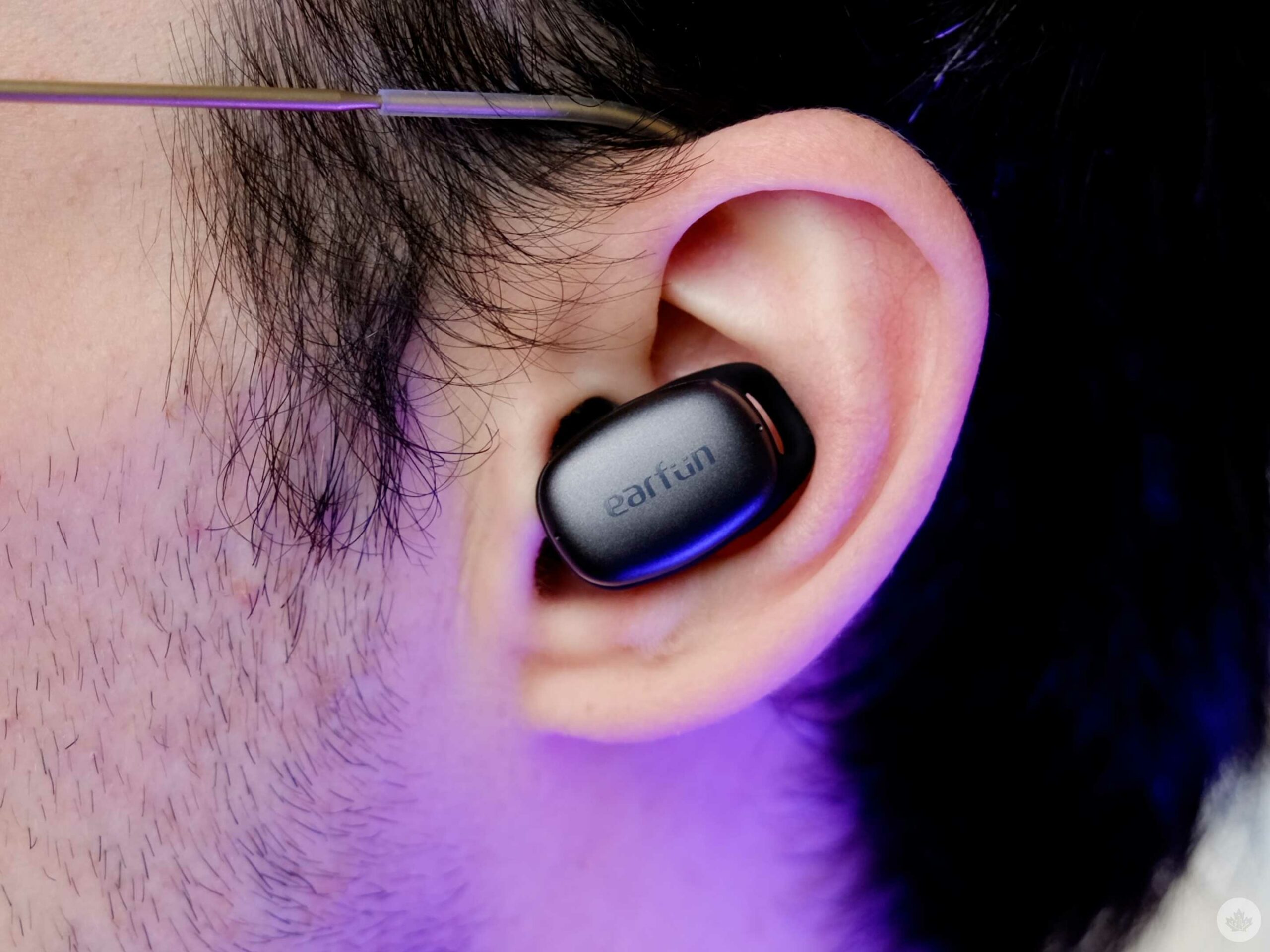 While the sound quality is bearable, the profile is crunchy and leagues lower than pretty much every other earbud I’ve tested. They’re passable, and I used them for a week and lived to tell the tale, but I was glad when it was over. The EarFun Free Pro 2s are either really poorly tuned or just feature a really terrible speaker driver, and for $90 that’s disappointing.

In an attempt to improve their sound quality, I even tried to level out the EQ on an iPhone using Apple Music’s built-in sound profile. This didn’t work very well, leading me to assume that the Free Pro 2s’ sound issue stems from its speaker hardware rather than tuning. I should clarify that I’m not just talking about a slightly higher base kick like you might expect from older Beats headphones; the EarFun Free Pro 2s have a weird sonic crunch that sounds like you’re holding an 80’s boombox up to your ear.

I’ve heard really good things about the AKG N400 earbuds, and they’re only $47 on the company’s website right now. If you’re reading this story and looking for a good pair of budget wireless earbuds, I’d take a chance on those instead. AKG is a legacy speaker company that Samsung bought when it acquired Harman back in 2016. This is also roughly when its earbuds started to get really good. 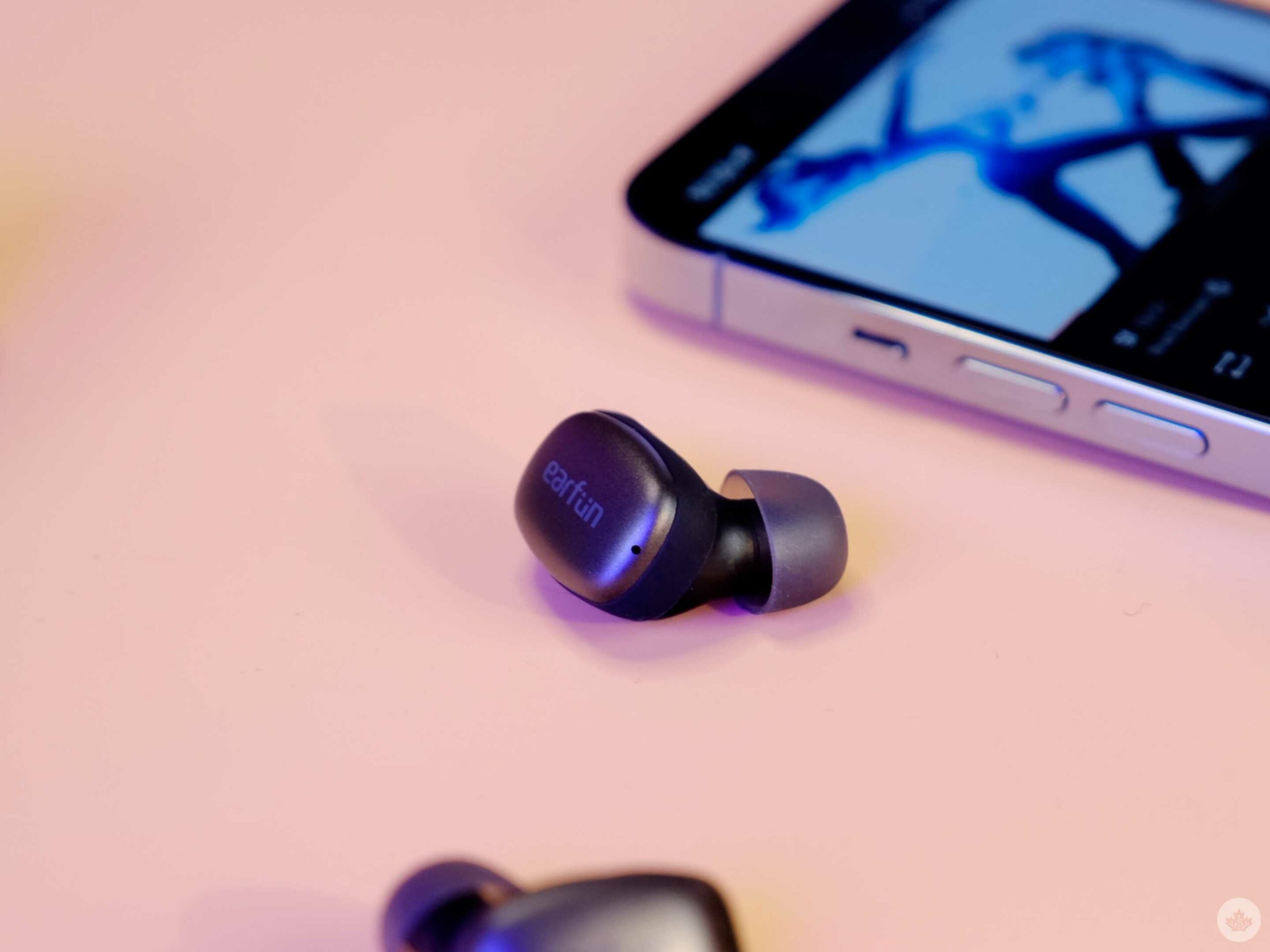 I’d be remiss not to mention that the EarFun Free Pro 2s’ noise-cancelling is surprisingly pretty decent, but it’s still not enough to improve their sound quality significantly. For some songs, the earbuds are fine though. For example, listening to lo-fi music with the Pro 2s is cool, but that’s not saying a lot.

They’re passable for calls and listening to podcasts. I wish it wasn’t the case but stay away from the Free Pro 2s if you care about sound quality. 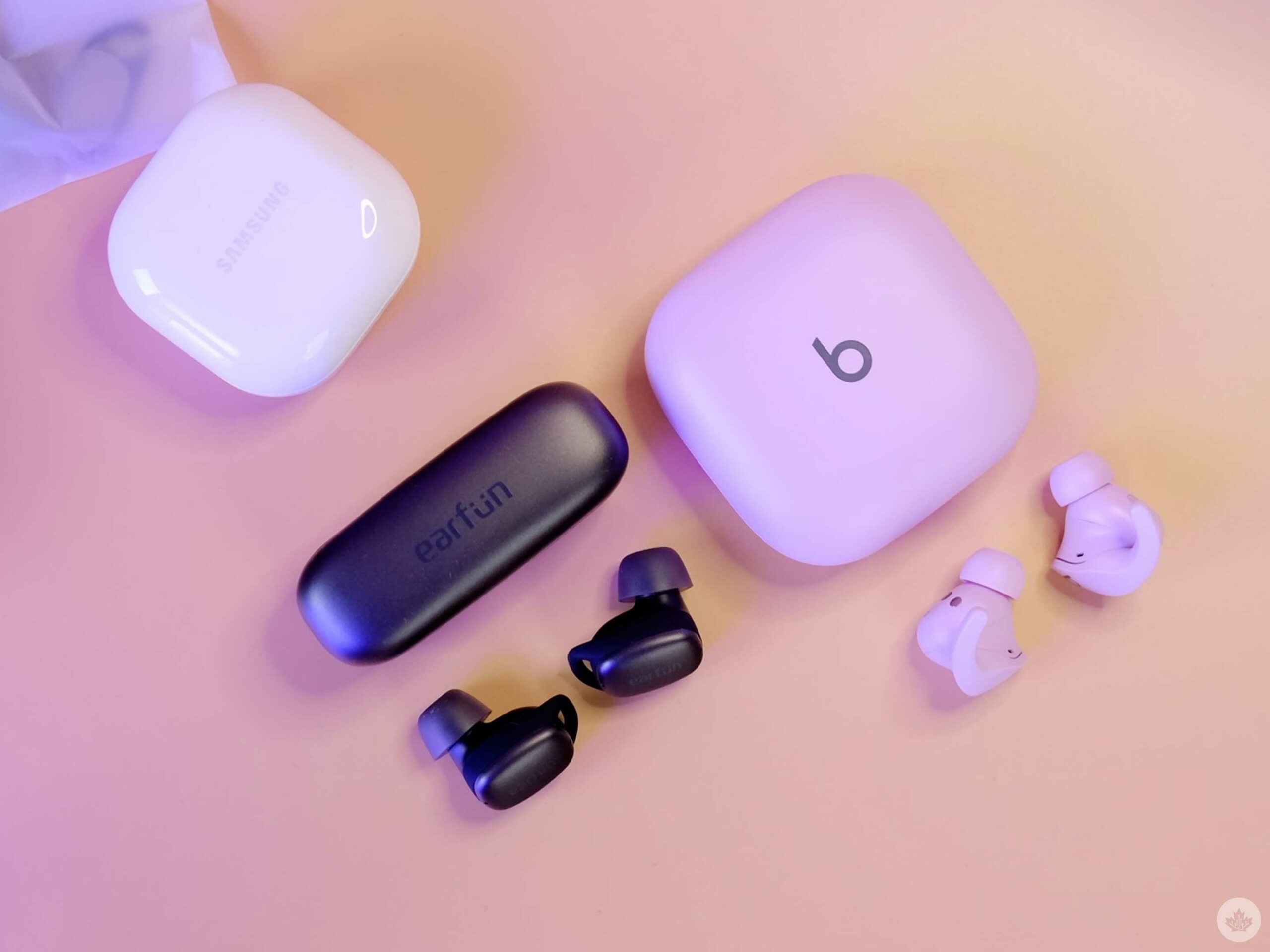 Regardless of the poor sound quality, the EarFun Free Pro 2s still offer a few excellent features that big-name earbud makers should take note of.

The first notable feature is the Free Pro 2s earbud case is amazing. EarFun says it has 30 hours of battery to top up the earbuds quite a few times before they run out. The best part, though, is that they’re incredibly tiny and even support wireless charging — they’re even smaller than Apple’s/Beats’ tiny Beats Fit Pro case.

The earbuds get about four hours of battery life with active noise-cancelling on and six with the feature off, which is enough for working at a desk. I didn’t have any issues with battery life in my test, but I only wore them for a week. If you plan to make these your road dogs, I’d look for something with a better battery life reputation like OnePlus. 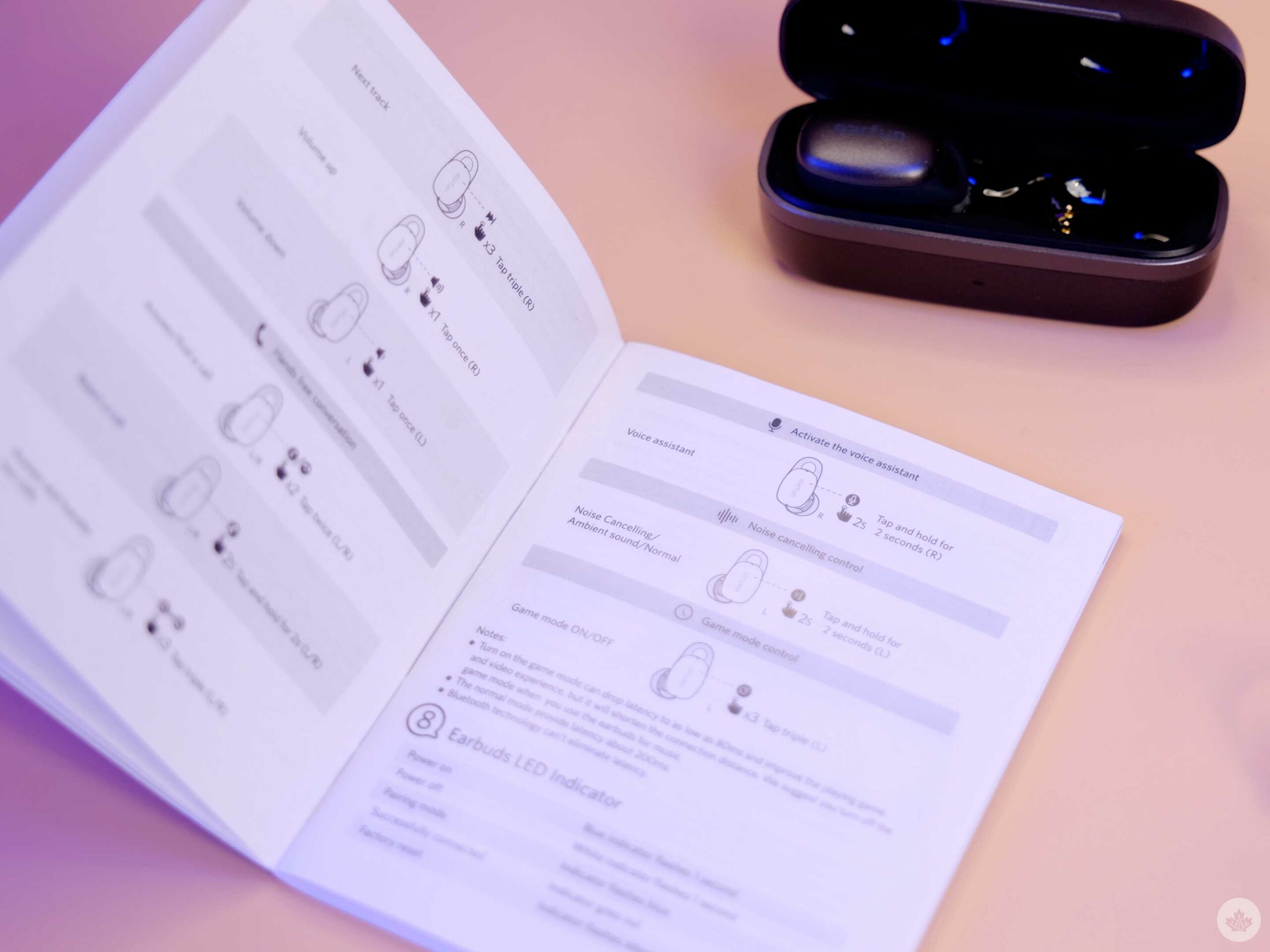 The EarFun Free Pro 2s feature pretty responsive and accurate touch control panels, but the control scheme is unorthodox and often annoying. Since there’s no companion app for these buds, more controls are mapped to the touchpads than most earbuds. For example, a single tap will play/pause on almost every other pair of earbuds. With the Free Pro 2s, depending on which bud you press, a single tap raises or lowers the volume. It’s not difficult to get the hang of, but it’s annoying, and I’d rather have fewer physical controls on my earbuds.

Beyond just a tiny case, the buds themselves are quite minuscule and fit into my ears comfortably. They’re not amazing like the LG Free Tone FP9 earbuds, but the small soft wing tip puts less pressure on my ear than the Beats Fit Pros. I was even able to sleep with them in. However, I didn’t find that they fit securely, so I’d be hesitant to use them for sports or while working out.

The final thing I’ll mention is that the earbuds come with four different ear tip sizes and a cleaning stick, which would be nice to see as a pack-in item with more expensive earbuds in the $200 range as well. These buds prove you don’t need to jump up to high-end Sennheiser’s to get nice ear tips and an included cleaning tool.

The mic test begins at 4:46 in the full review video above.

If you skipped out on the video, I can confirm that the mic in the Free Pro 2s is passable. Maybe they’d work for the odd call, but you likely don’t want to be using them with Discord every day. 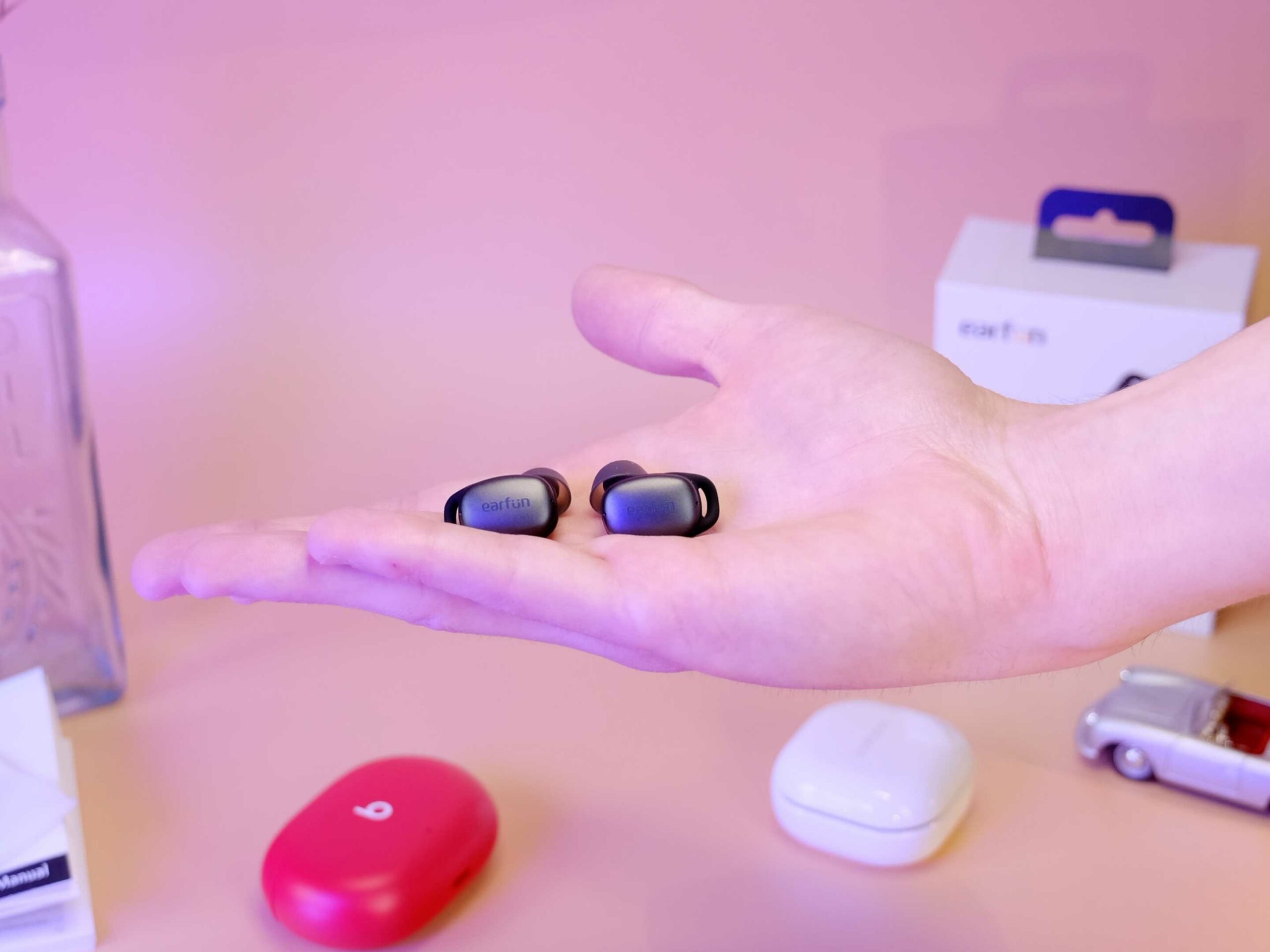