Shipments of Apple’s iPad fell in Q4 of 2021, according to a new report from the International Data Corporation (IDC), falling in line with the company’s recently released quality results.

Apple wasn’t alone in experiencing the decline. According to the IDC, 46 million tablets shipped in Q4 2021, representing the second decline since the onset of the pandemic in 2020.

Despite the decline, the tech giant still led the pack in sales. Apple was far ahead with its 17.5 million unit shipment, compared to Samsung, which trailed behind at second. The company shipped 7.3 million units, a 21.6 year-over-year decline. 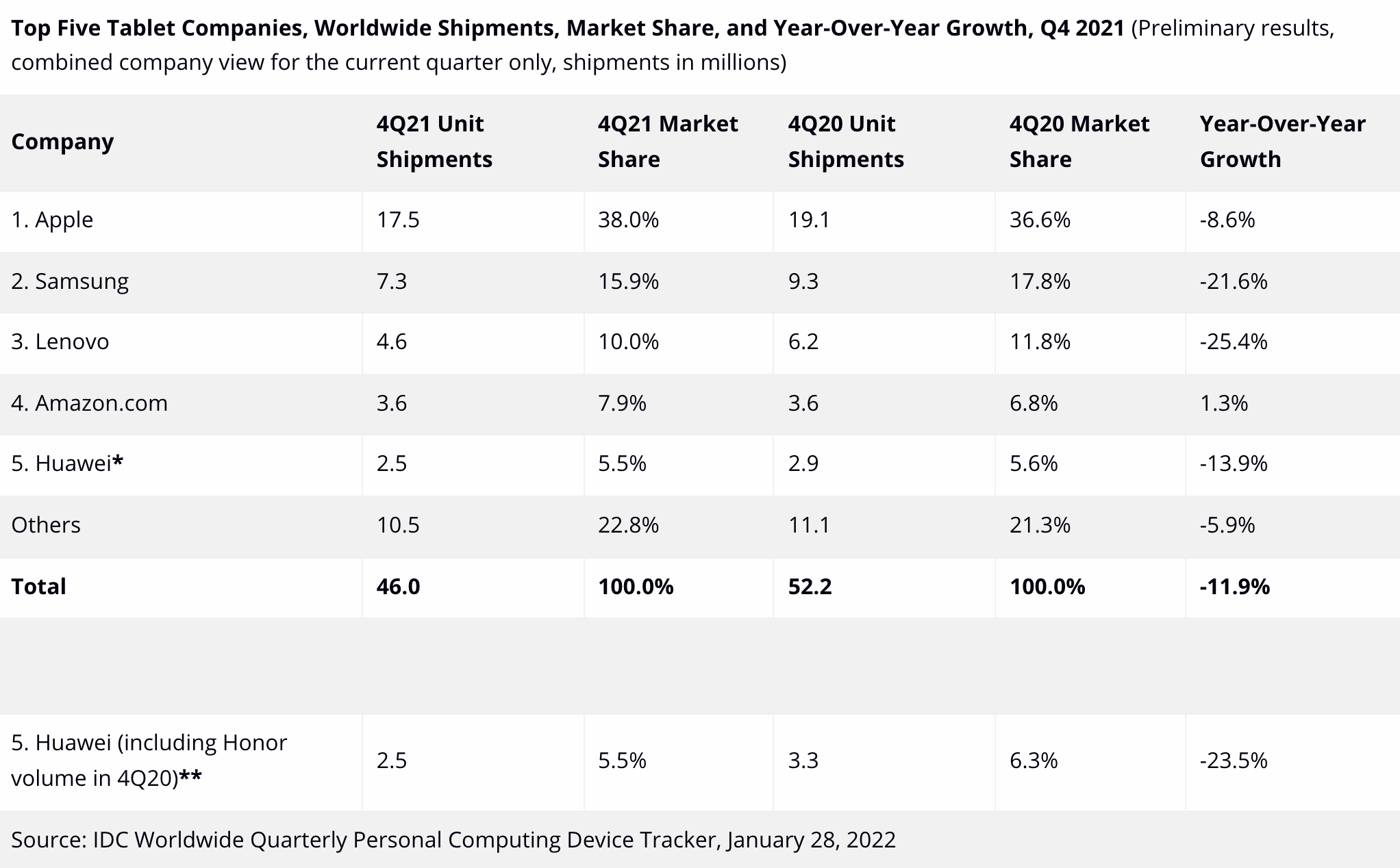 Tablets from Amazon saw an increase with 1.3 percent growth. But with only 3.6 million units shipped, it was far behind Apple, Samsung and Lenovo.

Disappointing quarter aside, the yearly growth numbers were much more substantial, with an overall increase of 3.2 percent among the top five companies, the highest level seen since 2016.

Senior research analyst Anuroopa Natarah says the Q4 decline is because many areas have moved past their peak demand. However, shipments will stay above pre-pandemic levels because of the need to work remotely, virtual learning, and media consumption.

iMessages reactions will soon appear as emojis on Google Messages

Iann Dior Talks "On To Better Things," His Personal Style And Collabs